The Serie A game at Stadio Carlo Castellani on Sunday will see home side Empoli take on Sassuolo.

View all of the Empoli v Sassuolo predictions, poll and stats below - plus the latest match odds.

Empoli head into this game after a 3-3 Serie A drawn game vs Lazio.

Fixtures involving Empoli have usually been absorbing encounters of late with high scoring being a real hallmark. Over their past half dozen games alone, the sum of 26 goals have been scored for both teams combined (at an average of 4.33 goals per game) with 14 of those coming from Empoli.

Going into this contest, Empoli are unbeaten in the league by Sassuolo in their previous 2 games.

In their last game, Sassuolo drew 1-1 in the Serie A tie with Genoa.

Showing their fondness for fruitful matches, we’ve seen goals 20 times in the last 6 games in which Sassuolo have sent out their troops, yielding an average of 3.33 goals per meeting. Opposition teams have hit 11 of those goals. That kind of pattern isn’t assured to be continued into this game, of course.

Analysis of their past results shows that Sassuolo:

Looking at their past head to head meetings dating back to 21/02/2016 tells us that Empoli have won 2 of these games & Sassuolo 4, with the tally of drawn results being 0.

Loads of goals were seen in those games, too - 22 overall which averages out at 3.67 goals per meeting.

That time, Sassuolo managed 58% possession and 15 attempts at goal with 5 of them on target.

We’re thinking that Sassuolo and Empoli may well both score at least one goal each although picking a clear a winner isn’t easy.

Let’s see how it plays out, but we expect to see goals and there is to be a real possibility it will end up level. Our tip is therefore for a very competitive encounter with a 2-2 when all is said and done. 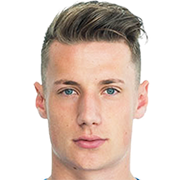 Normally taking to the field in the Striker position, Andrea Pinamonti was born in Cles, Italy. Having played his first senior match for Inter Milan in the 2016 - 2017 season, the goalscoring Forward has managed 7 league goals in this Serie A 2021 - 2022 campaign to date from a total of 18 appearances.

We have made these Empoli v Sassuolo predictions for this match preview with the best intentions, but no profits are guaranteed. Please always gamble responsibly, only with money that you can afford to lose.