Torino will visit Stadio Carlo Castellani on Saturday for the Serie A showdown with home team Empoli.

Our Empoli v Torino predictions, statistics and match poll can be seen below (including the best match odds).

Empoli, following on from their previous result, will be hoping for more of the same after a 0-1 Serie A success against Inter Milan.

Fewer than three goals per game were scored during 5 of the past 6 fixtures where Empoli have taken part. In terms of the goal split from this period, opposing sides scored a total of 5 while Empoli totted up 7. Historical results aside, we will just have to wait and see if such a trend shall be replicated in this match.

Their prior results show that Empoli:

Torino come into this match following a 0-1 Serie A win vs Fiorentina in their most recent game.

In 6 of the prior six games featuring Torino, a comparatively low number of goals have been scored between them and their opponents. The overall average number of goals per game in that spell is just 1.5, with the average goals for Il Toro equalling 0.83.

Going into this contest, Torino are unbeaten in their last 3 away league matches.

A glance at their past head to head meetings dating back to 05/02/2017 shows us that Empoli have won 1 of these games and Torino 2, with the tally of drawn results standing at 3.

A total of 20 goals were scored between them in this period, with 9 for Azzurri and 11 being from Il Toro. The average number of goals per game works out to 3.33.

The last league match featuring these sides was Serie A match day 9 on 09/10/2022 which finished with the scoreline of Torino 1-1 Empoli.

In that match, Torino managed 66% possession and 20 shots at goal with 7 on target. Their only player on the scoresheet was Saša Lukić (90').

Empoli got 6 attempts at goal with 2 on target. Mattia Destro (49') was the scorer.

The referee was Francesco Fourneau.

In our view, Empoli might have a difficult job to breach the defence of this Torino lineup who we think will do enough to score at the other end and edge ahead.

That’s why our selection here is for a good battle with a 0-1 advantage for Torino at the end of the match. 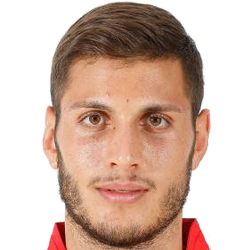 Customarily deployed in the Centre Midfield position, Filippo Bandinelli was born in Florence, Italy. Having made a first senior appearance for Latina in the 2015 - 2016 season, the talented Midfielder has contributed 2 league goals in this Serie A 2022 - 2023 season to date coming from a total of 19 appearances.

While we have made these predictions for Empoli v Torino for this match preview with the best of intentions, no profits are guaranteed. Always gamble responsibly, and with what you can afford to lose. Good luck!