The Eerste Divisie clash at AFAS Stadion on Friday will see home side Jong AZ up against Excelsior.

All Jong AZ v Excelsior game predictions, stats and user poll are shown below - as well as up-to-date odds.

Jong AZ will be looking for a repeat result of a 0-1 Eerste Divisie success versus Roda JC Kerkrade.

In that match, Jong AZ managed 45% possession and 9 attempts at goal with 4 of them on target. The only player to score for Jong AZ was Yusuf Barasi (72'). Roda JC Kerkrade had 14 shots at goal with 3 on target.

Fixtures featuring Jong AZ have proved to be exciting encounters lately with high scoring being a common characteristic. Over their past half dozen clashes alone, the sum total of 21 goals have flown in for both sides combined (at an average of 3.5 goals per game) with 11 of those accredited to Jong AZ. While that may be of interest, we will just have to wait and see if such a trend shall persist in this next game.

Excelsior come into this encounter following a 3-0 Eerste Divisie win with the downing of FC Dordrecht in their most recent match.

Indicating their partiality to eventful matches, goals have been seen as many as 20 times in the prior 6 matches in which Excelsior have sent out their troops, giving a mean average of 3.33 goals each meeting. Opposing teams have managed 10 of this grand total.

Going into this contest, Excelsior are unbeaten in their last 2 league matches away from home.

The previous league meeting featuring the two was Eerste Divisie match day 13 on 20/11/2020 when it finished Excelsior 4-1 Jong AZ.

Jong AZ manager Michel Vonk has a full complement, with no fitness concerns whatsoever ahead of this game with a completely healthy group to choose from.

Thanks to a completely healthy squad available to select from, Excelsior boss Marinus Dijkhuizen has zero fitness worries at all before this game.

In our view, Jong AZ will do well to put one past this Excelsior team who will likely manage to score & go ahead.

We’re therefore expecting a hard-fought 0-1 advantage for Excelsior at the end of this one. 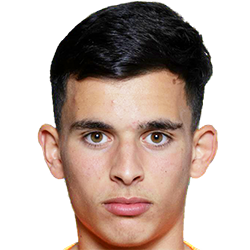 Mostly taking to the field in the Centre Midfield position, Mohamed Taabouni was born in Netherlands. After having made a senior debut playing for Jong AZ in the 2018 - 2019 season, the gifted Midfielder has managed 9 league goals in this Eerste Divisie 2020 - 2021 season so far from a total of 30 appearances.

While we have made these predictions for Jong AZ v Excelsior for this match preview with the best of intentions, no profits are guaranteed. Always gamble responsibly, and with what you can afford to lose. Good luck!