Jong AZ make the trip to Jan Louwersstadion on Friday for the Eerste Divisie clash with home side FC Eindhoven.

View all FC Eindhoven v Jong AZ tips, stats and our pre-match poll below (including the best match odds).

FC Eindhoven won’t want a repeat of their last result here after a 2-0 Eerste Divisie defeat last time out to VVV-Venlo.

At least three goals per match were seen in 5 of the past 6 meetings where FC Eindhoven have played. Their opponents scored 11 of them in these games whereas FC Eindhoven totted up 17. Still, we will just have to wait and see if the trend shall be maintained here in this game.

In their last fixture, Jong AZ drew 0-0 in the Eerste Divisie tie with FC Emmen.

For 5 of the past six clashes involving Jong AZ, a notably low volume of goals have gone in between them and opposing sides. The overall average number of goals per game in that period comes to just 1.67, with the number of goals averaged by Jong AZ standing at 0.5.

Going into this game, the form guide shows that Jong AZ:

Looking over their prior head to head meetings stretching back to 21/12/2018 shows that FC Eindhoven have won 4 of them and Jong AZ 2, with the number of draws standing at 0.

21 goals were scored between them in these games, with 13 for FC Eindhoven and 8 created by Jong AZ. That is an average goals per game value of 3.5.

The last league match featuring these sides was Eerste Divisie match day 22 on 01/02/2021 when the final score was Jong AZ 3-2 FC Eindhoven.

The FC Eindhoven manager Rob Penders will be grateful not to have any fitness worries at all before this game with a fully injury-free squad to choose from.

Owing to a fully injury-free squad ready to go, the Jong AZ manager Maarten Martens has zero fitness concerns at all coming into this clash.

We envisage that FC Eindhoven will probably be able to create a decent number of chances and shots on target.

In contrast, Jong AZ could well struggle to break down their defence but we do think that it’s more than likely that they will be being dangerous at times.

We therefore think that it’s going to be a fairly comfortable 3-1 victory for FC Eindhoven by the time that the referee blows the final whistle. 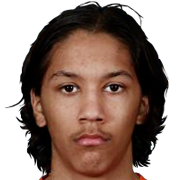 Customarily taking up the Left Wing position, Enrico Hernández was born in Almere, Netherlands. Having played his first senior match for Vitesse in the 2020 - 2021 season, the talented Forward has bagged 3 league goals in the Eerste Divisie 2021 - 2022 season to date coming from a total of 11 appearances.

While we have made these predictions for FC Eindhoven v Jong AZ for this match preview with the best of intentions, no profits are guaranteed. Always gamble responsibly, and with what you can afford to lose. Best of luck.