Our tips, poll and stats for FC Eindhoven v Jong Utrecht can all be found here (plus the best game odds).

FC Eindhoven will play in this game after a 0-0 Eerste Divisie stalemate vs NAC Breda.

FC Eindhoven haven’t exactly had impressive attacking statistics in more recent games. Their ‘goals for’ figure equals just 3 versus opposition teams during their last six fixtures. In those games, FC Eindhoven have also seen the number of goals that have gone against them total 6.

Since a loss in their previous game against Jong Ajax in Eerste Divisie competition, Jong Utrecht and their travelling supporters will be hoping that they can get a better result in this one.

The stats don’t lie, and Jong Utrecht have been scored against in 6 of their last 6 matches, seeing opposing sides hit 12 goals overall. At the back, Jong Utrecht could really do with shoring things up. We will have to see whether or not that trend will end up being sustained in this game.

Ahead of this clash, Jong Utrecht are undefeated by FC Eindhoven in away games against them for the last 2 league games.

Inspecting their prior head to head clashes dating back to 07/12/2018 tells us that FC Eindhoven have won 3 of them and Jong Utrecht 0, with the number of draws standing at 3.

A combined total of 21 goals were produced between them in these games, with 15 of them for FC Eindhoven and 6 being from Jong Utrecht. That’s an average goals per game of 3.5.

The previous league encounter between these clubs was Eerste Divisie match day 14 on 05/11/2021 which ended up with the score at Jong Utrecht 0-6 FC Eindhoven.

That day, Jong Utrecht had 58% possession and 18 attempts on goal with 2 of them on target.

Thanks to a fully healthy group available to choose from, the Jong Utrecht boss Darije Kalezić has zero fitness worries to speak of ahead of this match.

We feel that Jong Utrecht are capable enough to find the net against this FC Eindhoven lineup, however it might not quite be enough to avoid a loss.

We can see both teams to score in a 2-1 advantage for FC Eindhoven at the end of the 90 minutes. 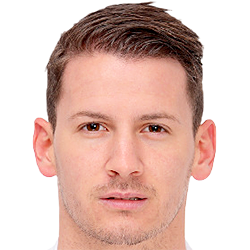 Usually deployed in the Left Wing position, Joey Sleegers was born in Netherlands. Having made a first senior appearance for FC Eindhoven in the 2014 - 2015 season, the goalscoring Forward has contributed 9 league goals in the Eerste Divisie 2021 - 2022 campaign to date in a total of 20 appearances.

We have made these FC Eindhoven v Jong Utrecht predictions for this match preview with the best intentions, but no profits are guaranteed. Please always gamble responsibly, only with money that you can afford to lose.