All Heracles Almelo v FC Emmen game predictions, stats and user poll are shown below - as well as the best betting odds.

Heracles Almelo will be looking to improve on their last outing here following a 0-2 Eredivisie defeat in their last game at the hands of Vitesse.

The only name on the scoresheet from Heracles Almelo was Robin Pröpper (38' Own goal). Matúš Bero (83') was the scorer for Vitesse.

Frank Wormuth's Heracles Almelo have seen rewards for their attempts on goal 5 times in their prior six outings. The comparative tally of goals that they have conceded in those fixtures stands at 7.

Ahead of this meeting, Heracles Almelo are without a home win in the past 3 league games.

After suffering a loss in their previous game against FC Twente in Eredivisie action, FC Emmen will be aiming to make amends here.

FC Emmen have regularly broken through opposing defences in the lead-up to this encounter, having scored 7 times in their last 6 matches. Having said that, Rood-Witten can also improve defensively after being scored against in 5 of those same games.

Their past results show that FC Emmen:

Inspecting their most recent head-to-head meetings dating back to 24/09/2004 shows us that Heracles Almelo have won 4 of these & FC Emmen 1, with the number of drawn results standing at 1.

In all, 15 goals were yielded between them in this period, with 10 of them for Heraclieden and 5 for Rood-Witten. That is an average goals per game value of 2.5.

The previous league fixture featuring these sides was Eredivisie match day 19 on 19/01/2020 which finished with the scoreline of FC Emmen 1-0 Heracles Almelo.

There is just the sole fitness concern for the Heracles Almelo gaffer Frank Wormuth to be concerned about thanks to an almost full-strength squad. Navajo Bakboord (Cruciate Ligament Rupture) is out of contention.

We’re thinking that FC Emmen will likely be able to score against this Heracles Almelo lineup, however it may not be as many as they’ll concede.

Our selection here is for a narrow 2-1 victory for Heracles Almelo at the end of the 90 minutes. Expecting it to be very competitive. 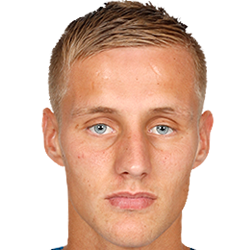 Mostly taking to the field in the Right Wing position, Silvester van der Water was born in Blaricum, Netherlands. Having made a first senior appearance for Almere City in the 2015 - 2016 season, the gifted Forward has scored 3 league goals in the Eredivisie 2020 - 2021 campaign so far in a total of 11 appearances.

We have made these Heracles Almelo v FC Emmen predictions for this match preview with the best intentions, but no profits are guaranteed. Please always gamble responsibly, only with money that you can afford to lose. We wish you the best of luck.