Go Ahead Eagles will face off against the visiting FC Groningen at De Adelaarshorst in the Eredivisie meeting on Sunday.

To see all of our predictions, user poll & stats for Go Ahead Eagles v FC Groningen, scroll down - plus the latest match odds.

Go Ahead Eagles will play in this match following a 0-0 Eredivisie drawn match vs Ajax.

In that match, Go Ahead Eagles managed 23% possession and 2 shots on goal with 2 on target. On the other side, Ajax had 29 attempts at goal with 5 of them on target.

Matches involving Go Ahead Eagles have tended to be entertaining ones recently with a lot of goalmouth action anticipated. Over their past half dozen games, the sum of 20 goals have flown in for both teams combined (at an average of 3.33 goals per game) with 13 of those being chalked up by Go Ahead Eagles. We shall soon see whether or not that trend will end up being sustained into this next match.

Heading into this contest, Go Ahead Eagles are undefeated in their previous 2 home league matches.

Last time out, FC Groningen drew 1-1 in the Eredivisie match with RKC Waalwijk.

In the course of their 6 most recent matches, Danny Buijs's FC Groningen have slotted home 9 times therefore giving them the goals per game average of 1.5.

Coming into this clash, FC Groningen are without an away win for the past 5 matches in the league.

Looking at their past head to head results going back to 25/08/2013 shows that these fixtures have not been happy ones for Go Ahead Eagles. They have not been able to get any victories whatsoever while FC Groningen have been dominant against them, getting wins in 67 per cent of those games where they have faced each other.

A combined sum of 21 goals were produced between them during those clashes, with 8 for Trots aan de IJssel and 13 created by Trots van het Noorden. This gives an average number of goals per game equal to 3.5.

The last league encounter featuring these sides was Eredivisie match day 32 on 22/04/2017 which ended up with the score at Go Ahead Eagles 2-3 FC Groningen.

The Go Ahead Eagles boss Kees van Wonderen doesn’t have any fitness worries whatsoever before this match with a fully healthy squad to pick from.

Thanks to a fully healthy squad available for selection, the FC Groningen boss Danny Buijs does not have any fitness concerns to speak of before this clash.

Here is a game where FC Groningen may well find it hard to breach the defence of this Go Ahead Eagles side who we think will likely get a goal themselves and run out victorious.

We therefore see a hard-fought contest, finishing with a 1-0 winning score for Go Ahead Eagles when the referee blows for full-time. 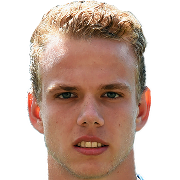 Regularly taking up the Centre Midfield position, Luuk Brouwers was born in Netherlands. Having made his senior debut playing for Den Bosch in the 2014 - 2015 season, the gifted Midfielder has struck 5 league goals in this Eredivisie 2021 - 2022 season to date in a total of 12 appearances.

While we have made these predictions for Go Ahead Eagles v FC Groningen for this match preview with the best of intentions, no profits are guaranteed. Always gamble responsibly, and with what you can afford to lose. We wish you the best of luck.