Notts County come up against away side Halifax at Meadow Lane Stadium in the National League game on Saturday.

Our Notts County v Halifax tips, poll and stats can be seen in full below - plus the latest match odds.

Notts County go into this match following on from a 1-1 National League stalemate against Boreham Wood.

The only player to score from Notts County was Cedwyn Scott (56'). George Broadbent (44') was the scorer for Boreham Wood.

Matches with Notts County have usually been absorbing affairs recently with plenty of scoring the rule rather than the exception. Over their past six games alone, the sum of 23 goals have been recorded for both teams combined (at an average of 3.83 goals per game) with 16 of them coming from Notts County. We will have to see if that trend will be continued on into this next match.

Their prior results show that Notts County:

After tasting defeat last time out to Scunthorpe United in National League action, Halifax will be aiming to make amends here.

Cameron Wilson (14') was the scorer for Scunthorpe United.

Looking at their form, and Halifax have been scored against in 5 of their last 6 games, with opponents netting 7 goals in all. At the back, Halifax could really do with shoring things up.

Analysis of their past results shows that Halifax:

Looking at the statistics for their head to head duels dating back to 21/12/2019, neither club has come out on top overall with Notts County winning 2 of those games, Halifax 2 and 2 being drawn in regulation time.

The previous league meeting featuring these sides was National League match day 5 on 27/08/2022 when the final score was Halifax 1-4 Notts County.

The referee was Daniel Middleton.

The Notts County boss Luke Williams will be grateful not to have any fitness concerns to speak of ahead of this game with a fully healthy squad ready to go.

With a fully injury-free squad available for selection, the Halifax boss Chris Millington has zero fitness concerns whatsoever coming into this game.

We’re of the opinion that Notts County are likely to dominate possession and create several successful chances.

In contrast, Halifax could well struggle finding the net themselves but we do think that it’s more than likely that they will be scoring.

We therefore think that it’s going to be a decent 3-1 winning score for Notts County by the time that the referee blows the final whistle. 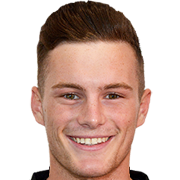 Regularly playing in the Striker position, Macauley Langstaff was born in England. Having made a first senior appearance for Gateshead in the 2017 - 2018 season, the accomplished Forward has scored 23 league goals in the National League 2022 - 2023 campaign so far in a total of 26 appearances.

We have made these Notts County v Halifax predictions for this match preview with the best intentions, but no profits are guaranteed. Please always gamble responsibly, only with money that you can afford to lose. Good luck if you do place a bet today.