View all FC Juárez v CD Guadalajara tips, stats and our pre-match poll below - as well as up-to-date odds.

FC Juárez will be wanting a better result here following the 4-1 Liga MX (Clausura) defeat last time out to Pachuca.

At least three goals per match were seen in 5 of the last 6 meetings where FC Juárez have participated. Opposition teams scored 12 times in this period whereas FC Juárez managed to get a total of 8. While that may be of interest, time will tell if that trend might continue on in this game.

Their past results show that FC Juárez:

Since a losing effort in their last game against Toluca in Liga MX (Clausura) competition, CD Guadalajara will be hoping to turn things around here.

In the course of their 6 latest matches, Veljko Paunović's CD Guadalajara have converted a total of 5 times thus earning them the goals per game average of 0.83.

Inspecting their past head to head meetings stretching back to 12/01/2020 shows us that FC Juárez have won 1 of these games & CD Guadalajara 3, with the number of drawn matches standing at 2.

A total of 15 goals were produced between them during those clashes, with 5 of them for Los Bravos and 10 being from Chivas. That’s an average goals per game figure of 2.5.

The last league meeting featuring the two was Liga MX (Apertura) match day 1 on 02/07/2022 when the final score was CD Guadalajara 0-0 FC Juárez.

On that occasion, CD Guadalajara had 48% possession and 14 attempts at goal with 5 on target.

FC Juárez got 11 shots on goal with 1 on target.

The match was refereed by Ismael López.

Due to a completely injury-free squad available to choose from, the CD Guadalajara boss Veljko Paunović has zero fitness worries to report coming into this match.

We’re of the view that CD Guadalajara and FC Juárez won’t have much between them here, and goals could be hard to come by.

Let’s see how this one goes, but it looks this could be a game with minimal goal-scoring opportunities. We’re therefore anticipating a close game with a 0-0 draw at the end of the 90. 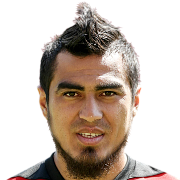 Generally played in the Striker position, Dario Lezcano was born in Asunción, Paraguay. After having played his first senior match for FC Thun in the 2010 - 2011 season, the accomplished Forward has struck 3 league goals in the Liga MX (Clausura) 2022 - 2023 season so far coming from a total of 2 appearances.

We have made these FC Juárez v CD Guadalajara predictions for this match preview with the best intentions, but no profits are guaranteed. Please always gamble responsibly, only with money that you can afford to lose. Good luck with your selections.