FC Lahti will visit Rovaniemen Keskuskenttä on Thursday for the Veikkausliiga fixture with hosts RoPS.

Our RoPS v FC Lahti tips, poll and stats can be seen in full below including the latest game odds.

RoPS will be wanting a better result here following a 4-0 Veikkausliiga loss in their previous game against HJK.

RoPS have been quite ineffective in attack in recent times. Their ‘goals for’ figure equals just 4 versus opposition teams over the course of their last 6 matches. In those games, RoPS have also seen the tally of goals against them come to 14. Despite that, we’ll just have to find out if the trend will be replicated in this match or not.

Looking at their past form shows that RoPS:

FC Lahti will go into this match following a 3-1 Veikkausliiga win against IFK Mariehamn in their most recent game.

The stats tell the story, and FC Lahti have been scored against in 5 of their last 6 games, conceding 9 goals overall. In defence, Mustat kuhnurit have clearly had some problems.

Going into this one, FC Lahti have not beaten RoPS in games played away from home for the previous 5 league games. Not good.

Checking on their past head-to-head meetings going back to 18/05/2018 shows that RoPS have won 3 of these games & FC Lahti 2, with the number of drawn games standing at 1.

A total of 15 goals were scored between the two sides throughout the course of those matches, with 7 of them for RoPS and 8 for Mustat kuhnurit. That is an average goals per game value of 2.5.

RoPS boss Mikko Mannila will be grateful to have no fitness worries at all before this clash with a fully healthy squad available to choose from.

Thanks to a mainly full-strength squad, there is just a single fitness issue for the FC Lahti manager Ilir Zeneli to be concerned about. Tim Martinen (Achilles tendon rupture) won’t be playing here.

When taking everything into account, RoPS might need a bit of good fortune to score against this FC Lahti side who we reckon should get the win and a maybe even keep a clean sheet as well.

We therefore think that it’s going to be a highly competitive game with a 0-1 winning score for FC Lahti at the end of the match. 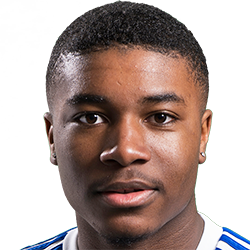 Normally used in the Right Attacking Midfielder position, Enoch Banza was born in Helsinki, Finland. After making a first senior appearance for HJK in the 2017 season, the talented Midfielder has hit 2 league goals in this Veikkausliiga 2020 campaign so far in 12 appearances.

We have made these RoPS v FC Lahti predictions for this match preview with the best intentions, but no profits are guaranteed. Please always gamble responsibly, only with money that you can afford to lose. Best of luck with your selections.