The Ligue 1 match at Stade Matmut Atlantique on Saturday will see home side Bordeaux up against opponents in FC Lorient.

Bordeaux enter this match after a 0-0 Ligue 1 draw vs FC Metz.

In that game, Girondins de Bordeaux had 58% possession and 12 shots at goal with 3 on target. On the other side, FC Metz had 9 attempts on goal with 3 of them on target.

Over their past 6 games, Jean-Louis Gasset's Girondins de Bordeaux have seen rewards for their attempts on goal 6 times, an average number of goals scored per match of 1.

Since a loss in their previous game against Monaco in Ligue 1 competition, FC Lorient will be hoping to turn things around here.

The stats don’t lie, and FC Lorient have been scored against in 5 of their last 6 matches, seeing their opponents hit 14 goals in total. Defensively, Les Merlus have clearly had some problems.

Going into this encounter, FC Lorient haven’t won away from home in the past 5 league games.

Inspecting their past head to head meetings stretching back to 02/05/2015 tells us that Bordeaux have won 3 of these and FC Lorient 1, with the number of drawn results being 2.

An aggregate of 16 goals were scored between the two sides in this period, with 10 of them for Les Girondins and 6 netted by Les Merlus. The average goals per game has been 2.67.

The previous league game featuring these clubs was Ligue 1 match day 38 on 20/05/2017 which finished with the scoreline of FC Lorient 1-1 Girondins de Bordeaux.

That time, FC Lorient managed 39% possession and 9 attempts on goal with 4 of them on target. Their only player on the scoresheet was Vincent Le Goff (69').

At the other end, Girondins de Bordeaux got 10 attempts at goal with 4 of them on target. Younousse Sankharé (7') was the scorer.

Bordeaux manager Jean-Louis Gasset doesn’t have any fitness worries at all before this match owing to a fully healthy squad ready to go.

Thanks to a completely injury-free squad to pick from, FC Lorient boss Christophe Pélissier has no fitness worries at all before this game.

In our opinion, FC Lorient may not find it easy to get anything against this Bordeaux team who we think will likely be able to grind out a win.

We therefore fancy a very competitive game with a 1-0 advantage for Bordeaux when all is said and done. 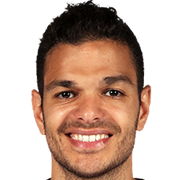 Mostly played in the Left Wing position, Hatem Ben Arfa was born in Clamart, France. Having played his first senior match for Lyon in the 2004 - 2005 season, the gifted Forward has managed to score 2 league goals in the Ligue 1 2020 - 2021 season so far in 11 appearances.

We have made these Bordeaux v FC Lorient predictions for this match preview with the best intentions, but no profits are guaranteed. Please always gamble responsibly, only with money that you can afford to lose.