Lyngby BK arrive at Right To Dream Park on Monday for the Superliga showdown with home team FC Nordsjælland.

View all FC Nordsjælland v Lyngby BK tips, stats and our pre-match poll below - as well as the best betting odds.

FC Nordsjælland are hoping to win again after their last result, a 1-3 Superliga triumph vs Brøndby IF.

FC Nordsjælland have been conceding pretty frequently of late, although they have also found ways to convert their own chances into goals. Analysis of their previous 6 games shows that FC Nordsjælland have conceded in 5 of them as well as getting on the scoresheet in 6 of those matches.

Leading up to this clash, FC Nordsjælland:

Following on from being beaten in their last game against AC Horsens in Superliga action, Lyngby BK and their fans will hope to get a better result this time.

During their 6 latest matches, Freyr Alexandersson's Lyngby BK have seen their goal attempts be successful 7 times, giving them a goals per game average of 1.17.

Looking over their most recent head-to-head meetings dating back to 06/08/2017 shows us that FC Nordsjælland have won 3 of these and Lyngby BK 0, with the number of drawn games standing at 3.

A total of 21 goals were scored between them throughout the course of those matches, with 15 for Tigrene and 6 coming from De kongeblå. This gives an average number of goals per game equal to 3.5.

The previous league encounter between the two was Superliga match day 21 on 12/03/2021 which ended up with the score at Lyngby BK 0-3 FC Nordsjælland.

The FC Nordsjælland manager Flemming Pedersen doesn’t have any fitness worries to speak of ahead of this match owing to a fully healthy group available for selection.

Our feeling is that Lyngby BK have the firepower to score a goal against this FC Nordsjælland side, but it may not quite be enough to prevent defeat.

Our selection here is for a 2-1 winning margin for FC Nordsjælland at full-time. Expecting it to be very competitive. 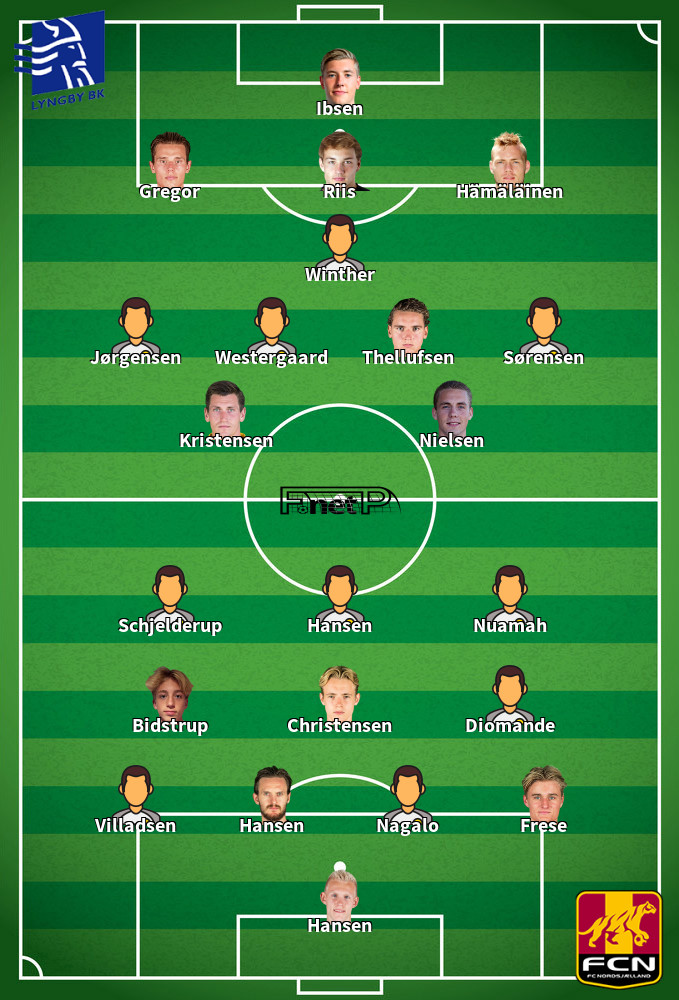 Mostly played in the Left Wing position, Andreas Schjelderup was born in Bodø, Norway. Having made his senior debut playing for FC Nordsjælland in the 2020 - 2021 season, the goalscoring Forward has managed to score 2 league goals in this Superliga 2022 - 2023 season to date in 2 appearances.

We have made these FC Nordsjælland v Lyngby BK predictions for this match preview with the best intentions, but no profits are guaranteed. Please always gamble responsibly, only with money that you can afford to lose. We wish you the best of luck.