Return to this page a few days before the scheduled game when this expired prediction will be updated with our full preview and tips for the next match between these teams.
Full-Time Result Prediction
👉
Roasso Kumamoto to Win

FC Ryukyu will arrive at EGAO Kenko Stadium on Sunday for the J2 League meeting with home team Roasso Kumamoto.

Our full set of predictions, statistics and match poll for Roasso Kumamoto v FC Ryukyu can be seen below including the latest game odds.

Roasso Kumamoto will be hoping for a repeat of their last result, following a 0-1 J2 League success over Yokohama FC.

The only name on the scoresheet from Roasso Kumamoto was Shun Ito (94').

Following on from suffering a loss in their previous game against AFC Blaublitz Akita in J2 League competition, FC Ryukyu and their travelling supporters will be hoping that they can get a better result in this one.

The only name on the scoresheet from FC Ryukyu was Yuki Kusano (11'). Keita Saito (40') and Jurato Ikeda (45') scored for AFC Blaublitz Akita.

The stats tell the story, and FC Ryukyu have been scored against in 6 of their last 6 matches, seeing opposing sides hit 10 goals overall. At the back, FC Ryukyu have seen their frailties exposed. That trend isn’t assured to be carried forward here, though.

Coming into this contest, FC Ryukyu have not won away from home in their last 4 league matches.

There is just the sole fitness concern for the Roasso Kumamoto manager Takeshi Oki to contend with due to a largely intact group. Yuto Taniyama (Metatarsal Fracture) is sidelined.

Owing to a fully injury-free squad available to select from, the FC Ryukyu boss Tetsuhiro Kina has zero fitness worries to report before this match.

We’re of the view that FC Ryukyu have it in them to get a goal against this Roasso Kumamoto lineup, but it might not be as many as they’ll concede.

Our selection here is for a narrow 2-1 win for Roasso Kumamoto when the full-time whistle blows. It’s a very tough call. 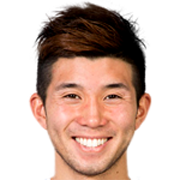 Typically played in the Central Attacking Midfielder position, Shun Ito was born in Hokkaido, Japan. After having made a senior debut playing for Montedio Yamagata in the 2010 season, the talented Midfielder has scored a sum of 3 league goals in the J2 League 2022 season so far from a total of 12 appearances.

While we have made these predictions for Roasso Kumamoto v FC Ryukyu for this match preview with the best of intentions, no profits are guaranteed. Always gamble responsibly, and with what you can afford to lose. Good luck with your selections.