The 2. Liga fixture at NV Arena on Friday sees home side SKN St. Pölten fighting it out with opponents Wacker Innsbruck.

Our SKN St. Pölten v FC Wacker Innsbruck tips, poll and stats can be seen in full below (plus the best game odds).

SKN St. Pölten will be hoping to bounce back here after a 3-0 2. Liga loss in their previous game against SC Austria Lustenau.

Their past results show that SKN St. Pölten:

Since suffering a loss in their previous game against SV Horn in 2. Liga action, Wacker Innsbruck and their travelling supporters will be hoping that they can get a better result in this one.

The stats don’t lie, and Wacker Innsbruck have been scored against in 5 of their last 6 games, seeing opposing sides hit 11 goals in all. In defence, FC Wacker Innsbruck can certainly do much better. Let’s find out whether or not that trend will end up being sustained into this next match.

Taking a look at their past results, FC Wacker Innsbruck:

Looking at their past head to head results stretching back to 11/03/2016 reveals that these encounters have been a source of anguish for Wacker Innsbruck. They’ve not managed to come away with any victories at all whereas SKN St. Pölten have managed to find a way, running out winners in 83% of those ties.

In all, 16 goals were produced between them during those clashes, with 12 from St. Pölten and 4 belonging to Wacker. The average number of goals per game works out to 2.67.

The last league match featuring these sides was 2. Liga match day 14 on 05/11/2021 which finished with the scoreline of FC Wacker Innsbruck 1-2 SKN St. Pölten.

On that occasion, FC Wacker Innsbruck managed 50% possession and 9 attempts at goal with 2 on target. The goalscorers were Alexander Joppich (53' Own goal) and Ronivaldo (62').

The referee was Walter Altmann.

For this match, we think that SKN St. Pölten will, in all likelihood, see a lot of the ball and convert quite a few goal-scoring opportunities.

At the same time, FC Wacker Innsbruck could well struggle to get shooting opportunities but do we see them seeing enough of the ball to score, too.

We’re therefore expecting to see a decent 3-1 winning margin for SKN St. Pölten at the end of this one. 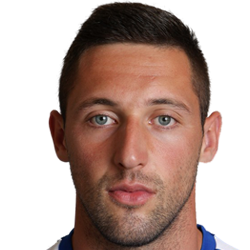 Mostly deployed in the Striker position, Krešimir Kovačević was born in Treuchtlingen, Germany. Having made his senior debut playing for TSV Hartberg in the 2017 - 2018 season, the accomplished Forward has got 8 league goals in this 2. Liga 2021 - 2022 campaign to date in a total of 19 appearances.

We have made these SKN St. Pölten v FC Wacker Innsbruck predictions for this match preview with the best intentions, but no profits are guaranteed. Please always gamble responsibly, only with money that you can afford to lose. Good luck if you do place a bet today.