SV Horn will be the visitors at Tivoli Stadion Tirol on Friday for the 2. Liga game with home side Wacker Innsbruck.

View all Wacker Innsbruck v SV Horn tips, stats and our pre-match poll below (including the best match odds).

Wacker Innsbruck fans will want a repeat of their previous result, being the 0-1 2. Liga triumph against Dornbirn.

The only name on the scoresheet from FC Wacker Innsbruck was Atsushi Zaizen (6').

FC Wacker Innsbruck have been quite ineffective in attack in recent times. Their goals record equals just 4 vs opponents over their last 6 outings. In those games, Wacker have also seen the number of goals that have gone against them come to 8. While that may be of interest, time will tell whether the trend shall be replicated here in this match.

A look at their previous results shows us that FC Wacker Innsbruck:

The forward players for SV Horn have had real problems scoring goals over their previous six clashes, netting the disappointing return of only 3. In those fixtures, SV Horn have also seen the overall goal aggregate against them equal 6.

Coming into this meeting, SV Horn are undefeated in their last 3 away league matches.

A review of their past head-to-head meetings stretching back to 09/09/2016 shows that Wacker Innsbruck have won 3 of these games and SV Horn 1, with the tally of drawn games being 2.

A combined total of 12 goals were yielded between them in these games, with 8 for Wacker and 4 coming from SV Horn. That’s an average goals per game figure of 2.

We’re of the view that Wacker Innsbruck will most probably see a lot of the ball and convert quite a few goal-scoring opportunities.

However, SV Horn may well find it hard to get shooting opportunities but do we see them scoring here as well.

We’re tipping a comfortable 3-1 winning score for Wacker Innsbruck at the conclusion of the game. 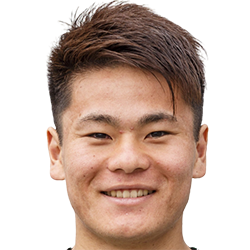 Usually taking to the field in the Centre Midfield position, Atsushi Zaizen was born in Fukuoka, Japan. Having made a first senior appearance for Wacker Innsbruck II in the 2018 - 2019 season, the talented Midfielder has accumulated 3 league goals in this 2. Liga 2020 - 2021 season to date in a total of 7 appearances.

While we have made these predictions for Wacker Innsbruck v SV Horn for this match preview with the best of intentions, no profits are guaranteed. Always gamble responsibly, and with what you can afford to lose. Good luck if you do place a bet today.