Our Gyírmót v Ferencvárosi TC tips, poll and stats can be seen in full below - plus the latest betting odds.

Gyírmót are hoping to win again after their last result, the 0-1 Nemzeti Bajnokság I victory against Zalaegerszegi TE.

The only scorer from Gyírmót was Barnabás Varga (47').

Gyírmót haven’t had any problems with scoring, netting in one hundred percent of their last 6 games.

They’ve hit an aggregate of 9 during that period and have conceded a total of 10. Previous results aside, we must now wait to see whether such a trend might persist in this upcoming game.

After being defeated in their last game at the hands of MTK Budapest in Nemzeti Bajnokság I competition, Ferencvárosi TC will be aiming to make amends here.

The previous league match featuring these sides was Nemzeti Bajnokság I match day 22 on 26/02/2022 which finished with the scoreline of Ferencvárosi TC 1-1 Gyírmót.

The Gyírmót boss Aurél Csertői will be grateful to have no fitness concerns at all ahead of this game owing to a fully healthy squad available for selection.

Out of a mainly available group, there is just the one fitness worry for the Ferencvárosi TC manager Stanislav Cherchesov to be concerned about. Ryan Mmaee (Ankle Injury) misses out for this game.

Ferencvárosi TC will, in all probability, have the majority of the possession and should turn some of their chances into goals.

However, Gyírmót may well find it hard scoring goals- but, we do see them scoring here as well.

We reckon that it will be a controlled 1-3 victory for Ferencvárosi TC when the referee blows the final whistle. 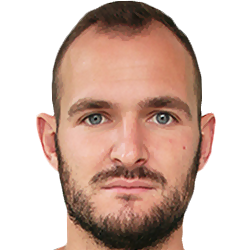 Mostly deployed in the Striker position, András Simon was born in Salgótarján, Hungary. Having made a first senior appearance for Córdoba CF in the 2009 - 2010 season, the accomplished Forward has managed to score 4 league goals in the Nemzeti Bajnokság I 2021 - 2022 season to date coming from a total of 28 appearances.

We have made these Gyírmót v Ferencvárosi TC predictions for this match preview with the best intentions, but no profits are guaranteed. Please always gamble responsibly, only with money that you can afford to lose. Good luck with your selections.