The Eredivisie fixture at Sparta Stadion Het Kasteel on Sunday sees home side Sparta Rotterdam go up against Feyenoord.

Full predictions, pre-match stats and user poll for Sparta Rotterdam v Feyenoord are shown on this page - as well as up-to-date odds.

Sparta Rotterdam will be hoping for a repeat of their last result, following the 0-2 Eredivisie success vs FC Twente.

For Sparta Rotterdam, the scorers were Mario Engels (45') and Deroy Duarte (67').

Matches involving Sparta Rotterdam have proved to be engaging ones recently with plenty of scoring anticipated. Over their past half dozen clashes, a total of 21 goals have gone in for both teams combined (at an average of 3.5 goals per game) with 15 of those belonging to Kasteelheren.

Feyenoord will go into this game after a 3-0 Eredivisie win against SC Heerenveen in their previous game.

The trend of at least one side getting a clean sheet in games featuring Feyenoord has become fairly consistent of late. A glance at their last six outings reveals that this has happened 6 times. During those clashes, their opponents have managed a goal total of 4 while De club aan de Maas have scored 6. That sort of trend won’t necessarily be carried forward into this game, however.

Inspecting their past head-to-head meetings going back to 04/12/2016 shows that Sparta Rotterdam have won 1 of these & Feyenoord 3, with the tally of drawn matches being 2.

The last league clash featuring these sides was Eredivisie match day 5 on 18/10/2020 when it finished Feyenoord 1-1 Sparta Rotterdam.

Availability isn’t a big problem, with just the lone fitness concern for the Sparta Rotterdam boss Henk Fräser to be concerned about from an otherwise complete set of players. Tim Coremans (Torn Knee Ligament) is sidelined.

It looks to us that Feyenoord will probably be able to create a good number of chances & successful shots on target.

However, Sparta Rotterdam might well find it a difficult task scoring goals, although we do see them hitting back at some stage here.

We can therefore see a decent 1-3 margin for Feyenoord at the end of the 90 minutes. 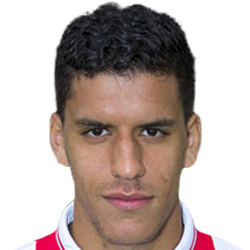 Generally playing in the Centre Midfield position, Abdou Harroui was born in Netherlands. After making a first senior appearance for Sparta Rotterdam in the 2017 - 2018 season, the dangerous Midfielder has scored a sum of 5 league goals in the Eredivisie 2020 - 2021 campaign so far in a total of 13 appearances.

We have made these Sparta Rotterdam v Feyenoord predictions for this match preview with the best intentions, but no profits are guaranteed. Please always gamble responsibly, only with money that you can afford to lose. Best of luck with your selections.