Hellas Verona will be the visitors at Stadio Artemio Franchi on Sunday for the Serie A meeting with home team Fiorentina.

Scroll down to see all of the predictions, poll and statistics for Fiorentina v Hellas Verona - plus the latest match odds.

Fiorentina will be hoping for a better result following a 3-0 Conference League losing effort in their last game against İstanbul Başakşehir.

Fiorentina have really been misfiring in more recent games. Their goals record equals just 3 vs opposition teams over the course of their previous six matches. In those meetings, Fiorentina have also seen the number of goals scored against them total 8. Regardless, time will tell whether the trend will be maintained in this upcoming game or not.

Their past results show that Fiorentina:

After tasting defeat last time out to Lazio in Serie A competition, Hellas Verona will be hoping to turn things around here.

The numbers tell their own story, and Hellas Verona have been scored against in 6 of their last 6 games, conceding 11 goals overall. Defensively, Hellas Verona seem to have a bit of a soft underbelly.

Their prior results show that Hellas Verona:

Checking out their prior head to head duels dating back to 24/11/2019, there is nothing to separate the two clubs with Fiorentina winning 1 of those games, Hellas Verona 1 and 4 being draws in regulation time.

A total of 12 goals were scored between them in this period, with 6 from La Viola and 6 netted by Verona. The average number of goals per game works out to 2.

The previous league contest featuring these clubs was Serie A match day 28 on 06/03/2022 which finished with the scoreline of Fiorentina 1-1 Hellas Verona.

That time, Fiorentina managed 51% possession and 8 attempts on goal with 2 on target. Their only player to score was Krzysztof Piątek (10').

At the other end, Hellas Verona had 2 shots at goal with 2 of them on target. Gianluca Caprari (20') was the scorer.

Thanks to a fully healthy squad available to select from, the Hellas Verona manager Gabriele Cioffi does not have any fitness concerns to speak of coming into this match.

For this match, we think that Fiorentina will likely create enough chances to score more than one when they meet Hellas Verona, who might well find it difficult getting on the scoresheet.

We can therefore see a fairly comfortable 2-0 margin for Fiorentina when all’s said and done. 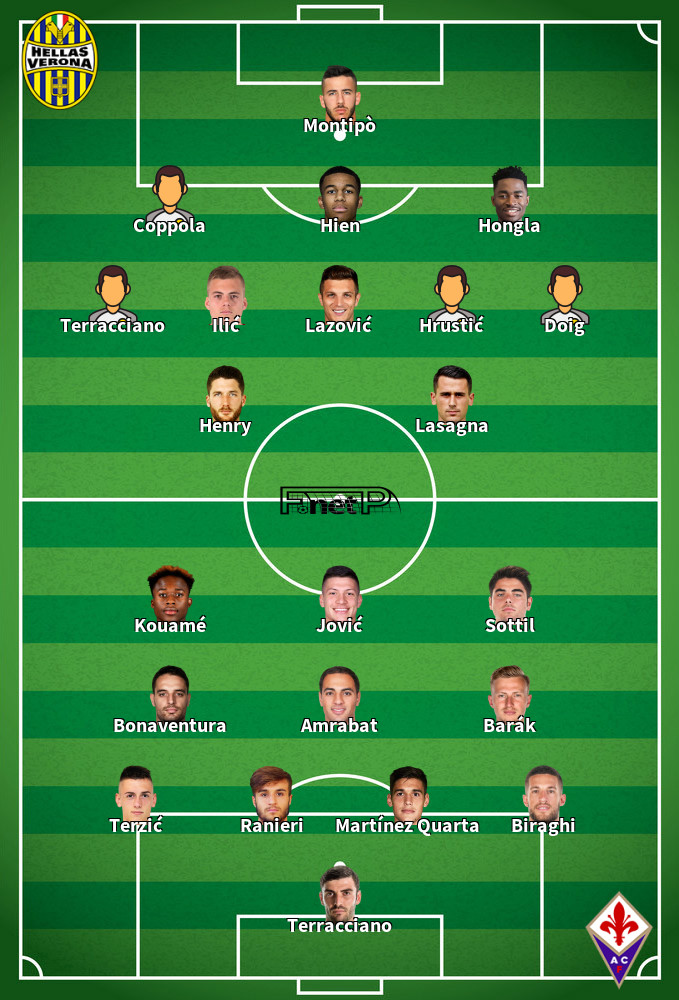 While we have made these predictions for Fiorentina v Hellas Verona for this match preview with the best of intentions, no profits are guaranteed. Always gamble responsibly, and with what you can afford to lose. Best of luck with your selections.