Return to this page a few days before the scheduled game when this expired prediction will be updated with our full preview and tips for the next match between these teams.
Full-Time Result Prediction
👉
Floridsdorfer AC to Win

Floridsdorfer AC will host guests SV Horn at FAC-Platz in the 2. Liga tie on Friday.

Scroll down for all of our predictions, poll and stats for the Floridsdorfer AC v SV Horn game (plus the best game odds).

Floridsdorfer AC will be hoping to bounce back here following the 2-0 2. Liga defeat last time out to FC Blau-Weiss Linz.

Mitja Mörec's Floridsdorfer AC have celebrated scoring a sum total of 5 times over their past half-dozen outings. At the other end, the number of goals that have been scored against them in those games is 7.

Going into this contest, Floridsdorfer AC have not beaten SV Horn in their last 3 league games.

Following on from being beaten in their last game against Grazer AK in 2. Liga competition, SV Horn and their travelling supporters will be hoping that they can get a better result in this one.

Proving their involvement in eventful encounters, goals have been scored 24 times in the prior 6 matches in which SV Horn have taken to the pitch, giving an average of 4 goals per fixture. Opposing teams have hit 18 of this grand total.

An examination of their past head to head meetings going back to 01/05/2017 tells us that Floridsdorfer AC have won 3 of these games and SV Horn 1, with the tally of draws being 2.

In all, 20 goals were scored between the two sides in these games, with 12 of them from Floridsdorfer and 8 being from SV Horn. This gives an average number of goals per game equal to 3.33.

The previous league contest featuring these clubs was 2. Liga match day 12 on 05/12/2020 which ended up with the score at SV Horn 2-1 Floridsdorfer AC.

The match was refereed by Stefan Ebner.

SV Horn manager Alexander Schriebl has to contend with a number of unavailable players. Fabian Vyhnalek (Syndesmotic ligament tear) and Amro Lasheen (Circulation Problems) are names that won’t be on the team sheet.

For this match, we think that SV Horn will surely be able to score a goal against this Floridsdorfer AC side, however it isn’t expected to be enough to avoid defeat. 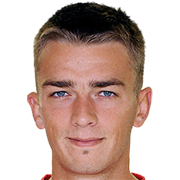 Regularly deployed in the Striker position, Milan Jurdík was born in Czech Republic. Having made a first senior appearance for Sparta Prague in the 2009 - 2010 season, the dangerous Forward has hit 4 league goals in the 2. Liga 2020 - 2021 season to date in a total of 22 appearances.

We have made these Floridsdorfer AC v SV Horn predictions for this match preview with the best intentions, but no profits are guaranteed. Please always gamble responsibly, only with money that you can afford to lose. Best of luck with your selections.