Fluminense meet the visiting Grêmio at Estádio do Maracanã in the Serie A meeting on Sunday.

Our full set of predictions, statistics and match poll for Fluminense v Grêmio can be seen below including the latest game odds.

Fluminense, who won their previous game, will hope for a similar result following the 0-2 Copa Libertadores success over Cerro Porteno.

Roger Machado's Fluminense have hit the back of the net 5 times in their past 6 outings. The comparative number of goals that they have conceded in that time stands at 7.

In their previous fixture, Grêmio drew 0-0 in the Serie A tie with Internacional.

In that game, Grêmio had 50% possession and 11 attempts on goal with 2 of them on target. At the other end, Internacional had 16 shots at goal with 8 on target.

The attacking players from Grêmio have failed to get amongst the goals over their previous 6 clashes, netting the poor return of just 2. In those fixtures, Tricolor dos Pampas have also seen the overall goal aggregate against them equal 7. We will find out whether or not that trend will end up being sustained in this game.

Heading into this contest, Grêmio are without a win away from home in their last 2 league games.

Inspecting their prior head-to-head meetings going back to 31/05/2018 tells us that Fluminense have won 2 of these games and Grêmio 3, with the number of drawn results being 1.

An aggregate of 15 goals were produced between them in this period, with 7 for Tricolor and 8 netted by Tricolor dos Pampas. The average goals per game has been 2.5.

The last league fixture between these clubs was Serie A match day 20 on 08/11/2020 and the score finished Fluminense 0-1 Grêmio.

In that game, Fluminense had 60% possession and 12 attempts on goal with 4 on target.

The match was refereed by Edina Alves Batista.

Regarding absentees, there’s just the lone fitness concern for the Fluminense boss Roger Machado to be concerned with thanks to an almost full-strength squad. Abel Hernández (Heel pain) misses out.

Owing to a completely injury-free group available to choose from, Grêmio manager Tiago Nunes doesn’t have any fitness worries whatsoever ahead of this match.

We’re inclined to think that Grêmio have the firepower to put one past this Fluminense side, but it might not be enough to avoid a loss.

We’re predicting a narrow 2-1 winning margin for Fluminense at the end of the match. Let’s wait and see how it plays out. 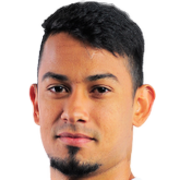 Customarily taking up the Left Wing position, Lucca was born in Alto Parnaíba, Brazil. After having played his first senior match for Cruzeiro in the 2013 season, the dangerous Forward has managed 2 league goals in this Série A 2021 season to date in 4 appearances.

While we have made these predictions for Fluminense v Grêmio for this match preview with the best of intentions, no profits are guaranteed. Always gamble responsibly, and with what you can afford to lose. Good luck!