All of our predictions, stats and the user poll for Gateshead v Southend United are shown below including the latest game odds.

Gateshead will be looking for an improved result here following a 3-1 National League defeat last time out to Yeovil Town.

It has been seldom in recent games that Gateshead have shown defensive steel. The facts show that Gateshead have been scored against in 6 of their previous 6 games, shipping 13 goals on the way. That sort of pattern isn’t assured to be carried forward into this match, of course.

Coming into this fixture, Gateshead haven’t won at home in the past 5 league games. Their fans aren't happy.

Southend United will go into the clash after a 2-0 National League win to beat Dorking Wanderers in their last game.

For Southend United, the goals were scored by Jack Bridge (9') and Shaun Hobson (32').

Ahead of this clash, Southend United are unbeaten in their previous 5 league matches away from home.

The Gateshead boss Mike Williamson will be grateful to have no fitness concerns whatsoever coming into this match thanks to a fully injury-free squad ready to go.

With a fully injury-free squad available to choose from, the Southend United manager Kevin Maher has zero fitness worries at all coming into this match.

We’ve got the feeling that Gateshead will really need to work well to hit the back of the net against this Southend United lineup who we reckon should win and very possibly keep a clean sheet.

We’re going for a 0-1 winning score for Southend United when the full-time whistle blows. 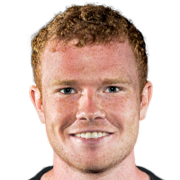 Regularly used in the Striker position, Adam Campbell was born in North Shields, England. After making a first senior appearance for Newcastle United in the 2012 - 2013 season, the gifted Forward has scored a sum of 5 league goals in the National League 2022 - 2023 campaign so far coming from a total of 18 appearances.

While we have made these predictions for Gateshead v Southend United for this match preview with the best of intentions, no profits are guaranteed. Always gamble responsibly, and with what you can afford to lose. Best of luck.