Wycombe Wanderers will host visiting rivals Gillingham at Adams Park in this League One tie on Saturday.

Scroll down for all of our predictions, poll and stats for the Wycombe Wanderers v Gillingham game - as well as the best betting odds.

Wycombe Wanderers will be looking for an improved result here after a 2-1 EFL Trophy losing effort in their last game against MK Dons.

Three or more goals per game were recorded in 5 of the past 6 meetings where Wycombe Wanderers have taken part. Their opponents scored 14 times in this period whereas Wycombe Wanderers managed a tally of 10. Regardless, we will just have to wait and see if that trend will be sustained here in this match.

After being defeated in their last game at the hands of Ipswich Town in EFL Trophy action, Gillingham will be hoping to turn things around here.

The stats tell the story, and Gillingham have been scored against in 5 of their last 6 matches, conceding 10 goals in total. At the back, Gillingham seem to have a bit of a soft underbelly.

Inspecting their most recent head to head clashes stretching back to 03/01/2011 shows us that Wycombe Wanderers have won 2 of them and Gillingham 3, with the number of drawn games standing at 1.

10 goals were yielded between them in these games, with 4 of them for The Blues and 6 for The Gills. The average goals per game has been 1.67.

The previous league encounter between the two was League One match day 8 on 14/09/2019 when the final score was Gillingham 2-0 Wycombe Wanderers.

The Wycombe Wanderers manager Gareth Ainsworth will be grateful to have no fitness concerns whatsoever ahead of this clash with a completely healthy group available to select from.

With a completely injury-free group available to choose from, the Gillingham manager Steve Evans has zero fitness worries whatsoever before this game.

We’ve got the feeling that Wycombe Wanderers can fashion enough chances to find the net more than once while possibly not conceding against Gillingham, who will be up against it getting goals. 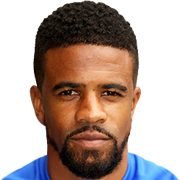 Mostly used in the Central Attacking Midfielder position, Garath McCleary was born in Oxford, England. After having played his first senior match for Nottingham Forest in the 2007 - 2008 season, the skilful Midfielder has bagged 4 league goals in this League One 2021 - 2022 season to date from a total of 9 appearances.

We have made these Wycombe Wanderers v Gillingham predictions for this match preview with the best intentions, but no profits are guaranteed. Please always gamble responsibly, only with money that you can afford to lose. Best of luck with your selections.