Girona FC line up against away team Tenerife at Estadi Municipal de Montilivi in this La Liga 2 game on Monday.

Scroll down for all of our predictions, poll and stats for the Girona FC v Tenerife game including the latest game odds.

Girona FC, who won their previous game, will hope for a similar result following the 0-1 La Liga 2 triumph versus AD Alcorcón.

Under three goals per game were seen in 5 of the past 6 fixtures where Girona FC have been participants. Regarding the goal split in that period, their opponents scored a total of 4 and Girona FC got themselves 5. We shall soon see if that trend will be continued on in this game.

Going into this contest, Girona FC are undefeated in their last 4 home league matches.

Tenerife go into this meeting following a 0-2 La Liga 2 win to beat CD Lugo in their last match.

In that game, Tenerife managed 41% possession and 12 attempts at goal with 3 on target. For Tenerife, the goals were scored by Mario González (64') and Andrés Martín (78'). At the other end, CD Lugo got 12 shots on goal with 3 of them on target.

A sequence of hard-working displays by the Tenerife defenders has seen their ‘goals against’ tally amounting to 4 from their past 6 fixtures in total. During the same time, the number of goals that they have scored themselves is 8.

Their previous form shows that Tenerife:

Looking over their most recent head to head clashes going back to 15/04/2017 shows that Girona FC have won 2 of these games and Tenerife 3, with the number of drawn matches being 1.

A sum of 14 goals were yielded between them throughout the course of those matches, with 6 of them from Blanquivermells and 8 coming from Tenerife. That’s an average goals per game of 2.33.

The previous league contest featuring these sides was La Liga 2 match day 15 on 08/11/2021 when it finished Tenerife 2-1 Girona FC.

That day, Tenerife managed 47% possession and 15 shots on goal with 3 of them on target. The scorers were Jérémy Mellot (14') and Enric Gallego (80').

Due to a fully injury-free squad to pick from, the Tenerife boss Luis Ramis has no fitness concerns at all coming into this clash.

We’ve got the feeling that Tenerife will need to put in a solid display to breach the defence of this Girona FC outfit who we think will likely score & stay on top.

Our tip is therefore for a narrow 1-0 advantage for Girona FC at the end of the match. 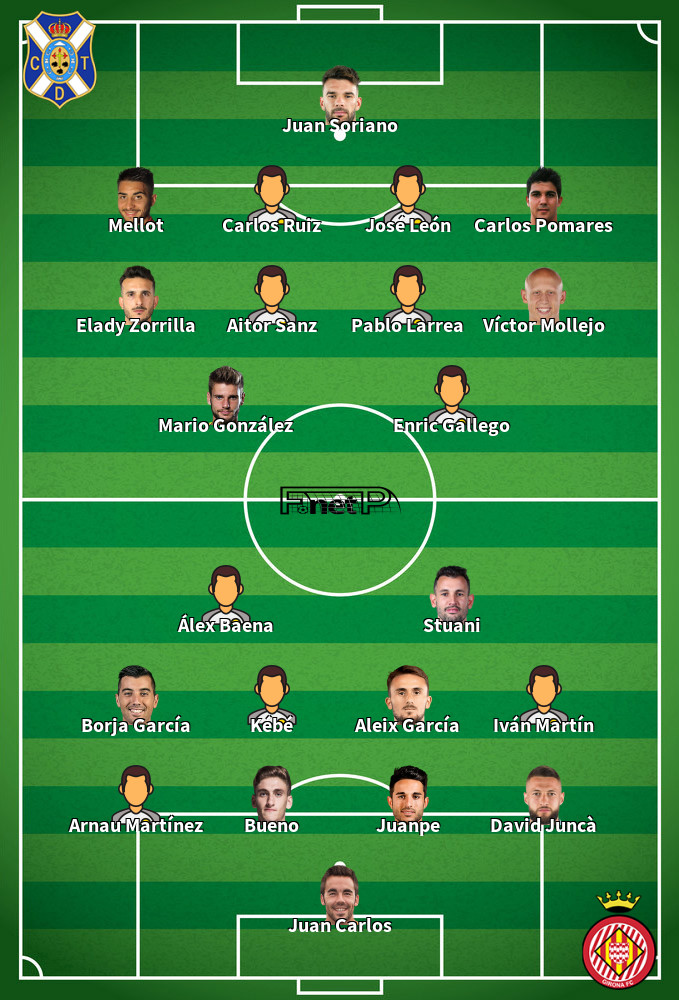 Mostly played in the Right Wing position, Álex Baena was born in Roquetas de Mar, Spain. Having made his senior debut playing for Villarreal in the 2019 - 2020 season, the goalscoring Forward has got 5 league goals in the LaLiga2 2021 - 2022 season to date in a total of 35 appearances.

While we have made these predictions for Girona FC v Tenerife for this match preview with the best of intentions, no profits are guaranteed. Always gamble responsibly, and with what you can afford to lose. We wish you the best of luck.