Grazer AK will face off against visiting side SV Horn at Merkur-Arena in the 2. Liga game on Friday.

Our predictions, user poll and statistics for Grazer AK v SV Horn can be found here - plus the latest betting odds.

Grazer AK head into this game following on from a 1-1 2. Liga tied result against Rapid Vienna II.

It has been all too rare in recent times that Grazer AK have kept a clean sheet. The reality is that Grazer AK have failed to prevent opponents from scoring in 5 of their previous 6 clashes, shipping 12 goals during that time. Still, we must now wait to see whether the trend will continue on in this match or not.

Coming into this clash, Grazer AK are unbeaten in their previous 2 home league matches.

Following on from a loss in their previous game against FC Blau-Weiss Linz in 2. Liga competition, SV Horn and their travelling fans will hope for a better result here.

The stats don’t lie, and SV Horn have been scored against in 5 of their last 6 games, letting opponents get 13 goals overall. In defence, SV Horn just haven’t been too solid at all.

Going into this one, SV Horn are without an away win for the past 10 matches in the league. What a terrible run of away results.

Almost everyone can be considered, as there’s just one fitness concern for the Grazer AK boss Gernot Plassnegger to contend with thanks to an otherwise robust group. Benjamin Rosenberger (Cruciate Ligament Rupture) is out of contention.

SV Horn boss Alexander Schriebl has not got a full squad to pick from. Fabian Vyhnalek (Syndesmotic ligament tear) and Amro Lasheen (Circulation Problems) are names that won’t be on the team sheet.

Our feeling is that SV Horn have the firepower to put a goal past this Grazer AK side, but that is unlikely to be enough to avoid a loss.

We can see a very close game with a 2-1 win for Grazer AK by the conclusion of the game. 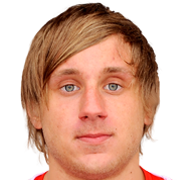 Normally taking up the Right Attacking Midfielder position, Dominik Hackinger was born in Austria. Having made his senior debut playing for Vöcklabruck in the 2008 - 2009 season, the skilful Midfielder has struck 6 league goals in this 2. Liga 2020 - 2021 season so far in a total of 19 appearances.

While we have made these predictions for Grazer AK v SV Horn for this match preview with the best of intentions, no profits are guaranteed. Always gamble responsibly, and with what you can afford to lose. Good luck if you do place a bet today.