Grêmio will be taking on visiting team Juventude at Arena do Grêmio in the Serie A match on Sunday.

Scroll down to see all of the predictions, poll and statistics for Grêmio v Juventude - as well as the best betting odds.

Grêmio won’t want a repeat of their last result here following the 1-0 Serie A losing effort in their last game against Fortaleza.

In that game, Grêmio had 52% possession and 13 attempts at goal with 5 on target. At the other end, Fortaleza had 22 attempts on goal with 8 on target. Yago Pikachu (79') scored for Fortaleza.

It’s been seldom in recent games that Grêmio haven’t conceded. It will be a concern for them that Grêmio have seen their defence breached in 5 of their previous 6 matches, giving up 10 goals along the way.

Coming into this fixture, Grêmio are without a win at home for the past 2 matches in the league.

After being defeated in their last game at the hands of Flamengo in Serie A competition, Juventude will be aiming to make amends here.

Over the course of their previous 6 clashes, Juventude have bagged the sum of 8 goals. Juventude have also managed to score on each one of those occasions. In that time, they’ve had 10 goals scored by their opponents. That aside, we’ll just have to find out if that trend will be sustained in this upcoming match.

Their past results show that Juventude:

Looking at their prior head to head clashes stretching back to 08/11/2006 tells us that Grêmio have won 5 of them and Juventude 1, with the number of draws standing at 0.

A combined total of 14 goals were yielded between them throughout the course of those matches, with 9 from Tricolor dos Pampas and 5 netted by Juve. This gives an average number of goals per game equal to 2.33.

The last league contest between the two was Serie A match day 8 on 01/07/2021 when the final score was Juventude 2-0 Grêmio.

In that match, Juventude managed 30% possession and 11 shots at goal with 5 on target. The goals were scored by Paulinho Bóia (28') and Matheus Peixoto (83').

Grêmio had 13 shots on goal with 3 of them on target.

The match was refereed by Vinicius Goncalves Dias Araujo.

The Grêmio boss Luiz Scolari will be grateful not to have any fitness concerns to speak of before this game thanks to a fully injury-free squad available to choose from.

Thanks to a completely injury-free group to choose from, the Juventude boss Marquinhos Santos doesn’t have any fitness concerns to report coming into this game.

It looks to us that Grêmio will probably get a lot of shots on goal and make them count.

At the other end, Juventude will be up against it to score but we do fancy them scoring as well.

We’re predicting a decent 3-1 winning margin for Grêmio at the conclusion of the game. 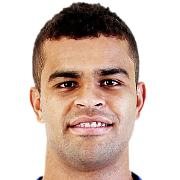 Typically played in the Right Wing position, Alisson was born in Rio Pomba, Brazil. Having played his first senior match for Cruzeiro in the 2012 season, the goalscoring Forward has netted 3 league goals in the Série A 2021 campaign so far from a total of 17 appearances.

While we have made these predictions for Grêmio v Juventude for this match preview with the best of intentions, no profits are guaranteed. Always gamble responsibly, and with what you can afford to lose. Best of luck with your selections.