Holstein Kiel will face off against guests Greuther Furth at Holstein-Stadion in the Bundesliga 2 meeting on Saturday.

View all of the Holstein Kiel v Greuther Furth predictions, poll and stats below (including the best match odds).

Holstein Kiel enter this fixture following on from a 1-1 Bundesliga 2 drawn game vs Hannover.

Holstein Kiel have not been the best at stopping their opponents recently, although they’ve also managed to hit the back of the net themselves. Analysis of their previous 6 games shows that Holstein Kiel have been punished defensively in 5 of them in addition to managing to get on the scoresheet in 5 of those games.

Last time out, Greuther Furth drew 1-1 in the Bundesliga 2 match with Darmstadt.

In their last six clashes, Greuther Furth have helped themselves to a tally of 7 goals. Greuther Furth have also scored on each one of those occasions. During those fixtures, their defenders have had 6 goals go against them. It will be interesting to see whether or not that trend will be sustained in this game.

An examination of their prior head-to-head clashes stretching back to 17/02/2019 shows us that Holstein Kiel have won 1 of these games & Greuther Furth 2, with the number of drawn games standing at 3.

20 goals were shared by the two clubs throughout the course of those matches, with 10 of them from Holstein Kiel and 10 coming from Greuther Fürth. This gives an average number of goals per game equal to 3.33.

The last league meeting between these sides was Bundesliga 2 match day 1 on 16/07/2022 and the score finished Greuther Furth 2-2 Holstein Kiel.

On that occasion, Greuther Furth had 50% possession and 23 shots on goal with 8 of them on target. The scorers were Julian Green (48') and Timothy Tillman (76').

Holstein Kiel had 4 attempts at goal with 2 of them on target. Timo Becker (29') and Alexander Mühling (80') scored.

The match was refereed by Robin Braun.

Due to a fully injury-free group ready to go, the Greuther Furth manager Alexander Zorniger has zero fitness concerns to speak of ahead of this game.

Our feeling is that Greuther Furth may find it difficult to score against this Holstein Kiel side who we reckon will be able to get on the scoresheet themselves in a winning performance.

We’re therefore predicting a hard-fought contest, finishing with a 1-0 winning score for Holstein Kiel after 90 minutes. 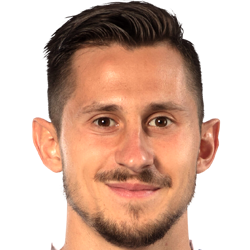 Normally deployed in the Right Wing position, Steven Skrzybski was born in Berlin, Germany. After making a first senior appearance for Union Berlin in the 2010 - 2011 season, the skilful Forward has bagged 10 league goals in this 2. Bundesliga 2022 - 2023 season to date coming from a total of 17 appearances.

We have made these Holstein Kiel v Greuther Furth predictions for this match preview with the best intentions, but no profits are guaranteed. Please always gamble responsibly, only with money that you can afford to lose. Best of luck with your selections.