Livingston will take to the pitch with visiting opponents Hamilton Academical at Tony Macaroni Arena in the Premiership fixture on Saturday.

Livingston, following on from their previous result, will be hoping for more of the same after a 1-0 Premiership success versus Ross County.

In their last 6 fixtures, Gary Holt's Livingston have netted 5 times - an average number of goals per match of 0.83.

Going into this game, the form guide shows that Livingston:

After being beaten in their last game against Rangers in Premiership action, Hamilton Academical will be aiming to make amends here.

In that game, Hamilton Academical managed 30% possession and 5 attempts at goal with 2 on target. Rangers got 25 shots at goal with 6 of them on target. Ianis Hagi (15') and James Tavernier (20') scored for Rangers.

A tendency of at least one team not managing to score in games involving Hamilton Academical has become noticeable of late. Looking at their last six meetings reveals that it’s happened 5 times. During these clashes, their opponents have managed a goal aggregate of 9 and The Accies have scored 3. That aside, we’ll just have to find out if that trend will be sustained in this game.

Heading into this contest, Hamilton Academical are winless against Livingston in away games against them for the last 6 matches in the league. They really have not been travelling well at all.

Looking at the statistics for their head to head duels going back to 03/11/2018, it’s been all-even between these two clubs with Livingston winning 2 of those games, Hamilton Academical 2 and 2 being draws in normal time.

An aggregate of 18 goals were yielded between them throughout the course of those matches, with 10 from Livi Lions and 8 created by The Accies. This gives an average number of goals per game equal to 3.

The last league meeting between these sides was Premiership match day 23 on 25/01/2020 which finished with the scoreline of Hamilton Academical 2-4 Livingston.

Livingston boss Gary Holt will be grateful not to have any fitness worries at all before this game thanks to a fully injury-free group available for selection.

Hamilton manager Brian Rice has not got a full squad to pick from. Lee Hodson (Quarantine) and Brian Easton (Ankle Injury) won’t be making appearances.

Hamilton Academical certainly have the ability to break down this Livingston team, however that probably won’t quite prevent them from conceding a couple at the other end.

We’re going for a narrow 2-1 winning score for Livingston at the end of the 90 minutes. Let’s just see how this one goes.

Both Teams to Score Prediction for Livingston vs Hamilton Academical
Yes 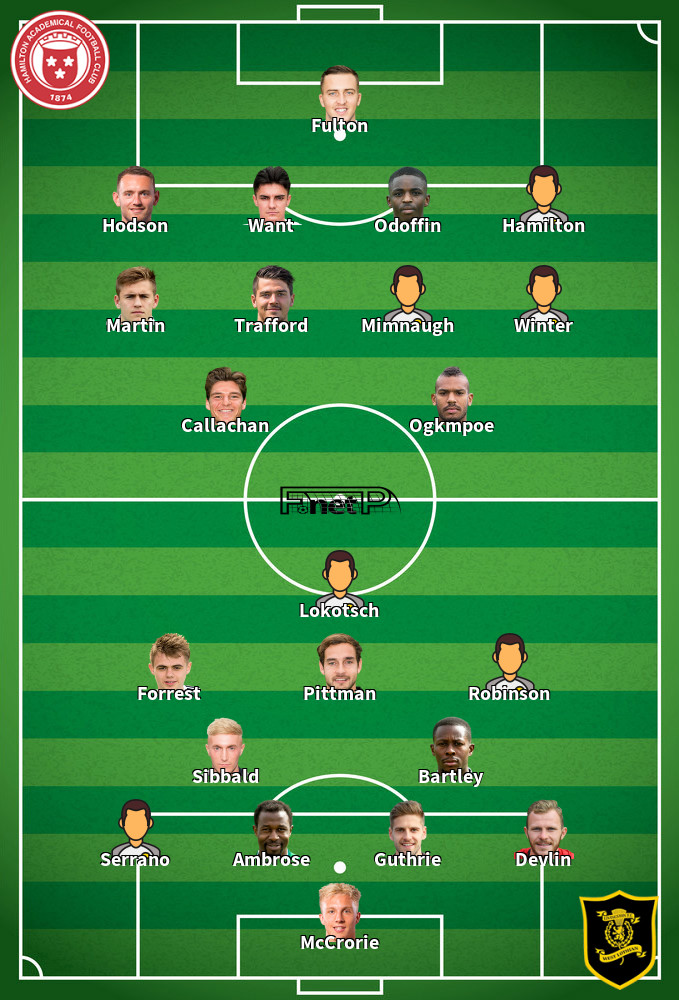 We have made these Livingston v Hamilton Academical predictions for this match preview with the best intentions, but no profits are guaranteed. Please always gamble responsibly, only with money that you can afford to lose.