Scroll down to see all of the predictions, poll and statistics for Harrogate Town v Mansfield Town (inc. the best betting odds).

Harrogate Town will be looking to improve on their last outing here after a 0-2 League Two losing effort in their last game against Leyton Orient.

Fixtures involving Harrogate Town have often been exciting affairs of late with high scoring being a real hallmark. Over their past six games, a grand total of 22 goals have been recorded for both teams combined (at an average of 3.67 goals per game) with 9 of those coming from Harrogate Town.

Going into this encounter, Harrogate Town are without a home win in the past 3 matches in the league.

Mansfield Town head into the encounter following a 0-1 League Two win in the defeat of Rochdale in their previous fixture.

The only scorer from Mansfield Town was George Maris (66').

Throughout their six previous matches, Nigel Clough's Mansfield Town have seen their goal attempts be successful a total of 8 times, earning them a goals scored per game average of 1.33.

The last league contest between these sides was League Two match day 24 on 01/02/2022 when it ended Harrogate Town 0-0 Mansfield Town.

The Harrogate Town boss Simon Weaver has zero fitness worries to speak of coming into this match owing to a fully injury-free group available to choose from.

Due to a completely healthy squad ready to go, the Mansfield Town manager Nigel Clough does not have any fitness concerns whatsoever ahead of this match.

In this match, Harrogate Town must be fancied to breach the defence of this Mansfield Town lineup, but one goal might not quite prevent defeat.

We therefore reckon that it will be a very close game with a 1-2 advantage for Mansfield Town at the end of the match. It will be interesting to see how this one goes. 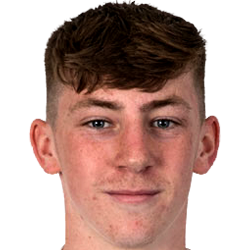 Regularly playing in the Centre Midfield position, Matty Daly was born in England. Having made his senior debut playing for Huddersfield Town in the 2018 - 2019 season, the skilful Midfielder has accumulated 5 league goals in the League Two 2022 - 2023 season to date from a total of 18 appearances.

While we have made these predictions for Harrogate Town v Mansfield Town for this match preview with the best of intentions, no profits are guaranteed. Always gamble responsibly, and with what you can afford to lose.