Return to this page a few days before the scheduled game when this expired prediction will be updated with our full preview and tips for the next match between these teams.
Full-Time Result Prediction
👉
Jong Utrecht to Win

Jong Utrecht are going up against visiting opponents Helmond Sport at Sportcomplex Zoudenbalch in the Eerste Divisie fixture on Friday.

Full predictions, pre-match stats and user poll for Jong Utrecht v Helmond Sport are shown on this page - plus the latest match odds.

Jong Utrecht will be looking for another win after a 2-0 Eerste Divisie triumph vs Roda JC Kerkrade.

For Jong Utrecht, the goalscorers were Othmane Boussaid (43') and Tim Pieters (80').

Jong Utrecht haven’t been able to stop scoring goals, netting in one hundred percent of their last 6 matches.

They’ve hit an aggregate of 13 during that period while also conceding a total of 14. That trend isn’t assured to be carried forward into this match, of course.

Going into this game, the form guide shows that Jong Utrecht:

Helmond Sport go into this meeting after a 2-1 Eerste Divisie win over Excelsior in their previous match.

For Helmond Sport, the goals were scored by Jelle Goselink (27') and Jeff Stans (58'). Elías Már Ómarsson (94') scored for Excelsior.

The stats tell the story, and Helmond Sport have been scored against in 6 of their last 6 matches, conceding 12 goals overall. At the back, Helmond have been far from perfect.

A look at their previous results shows us that Helmond Sport:

A glance at their prior head to head meetings stretching back to 24/02/2017 shows that Jong Utrecht have won 0 of these games and Helmond Sport 2, with the tally of drawn matches standing at 4.

10 goals were produced between them in this period, with 3 for Jong Utrecht and 7 for Helmond. That is an average goals per game value of 1.67.

The previous league game featuring the two was Eerste Divisie match day 8 on 30/09/2019 when it finished Jong Utrecht 1-1 Helmond Sport.

The match was refereed by Luca Cantineau.

Jong Utrecht manager René Hake has no fitness concerns at all ahead of this match owing to a completely injury-free squad available to choose from.

Helmond manager Wil Boessen has to choose a team with limited availability. Dani Theunissen (Knee Injury) and Berk Cetin (Knock) are not ready for selection.

We’re of the opinion that Helmond Sport will need to put in a solid display to get anything against this Jong Utrecht outfit who we reckon will do enough to score at the other end and edge ahead.

We’re therefore seeing a very even contest with a 1-0 winning score for Jong Utrecht after 90 minutes. 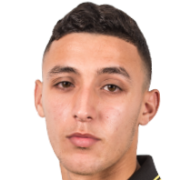 Customarily taking to the field in the Left Wing position, Hicham Acheffay was born in Amsterdam, Netherlands. Having played his first senior match for Jong Utrecht in the 2019 - 2020 season, the talented Forward has managed 2 league goals in the Eerste Divisie 2020 - 2021 season to date in 10 appearances.

We have made these Jong Utrecht v Helmond Sport predictions for this match preview with the best intentions, but no profits are guaranteed. Please always gamble responsibly, only with money that you can afford to lose. Best of luck with your selections.