Malmö journey to Olympia on Sunday for the Allsvenskan showdown with home team Helsingborgs IF.

Our predictions, user poll and statistics for Helsingborgs IF v Malmö FF can be found here - as well as the best betting odds.

Helsingborgs IF will want to continue from where they left off last time out with the 1-3 Allsvenskan triumph versus IFK Göteborg.

Matthias Lindström's Helsingborgs IF have seen rewards for their attempts on goal 13 times in their last 6 outings. At the other end, the number of goals that have been scored against them in those games is 6.

A look at their previous results shows us that Helsingborgs IF:

Following on from being beaten in their last game against Union Saint-Gilloise in Europa League competition, Malmö and their travelling supporters will be hoping that they can get a better result in this one.

In that game, Malmö FF managed 34% possession and 3 attempts on goal with 2 on target. For Malmö FF, the goalscorers were Joseph Ceesay (6') and Isaac Kiese Thelin (57'). At the other end, Union Saint-Gilloise had 11 attempts on goal with 7 on target. Christian Burgess (17'), Teddy Teuma (69') and Victor Boniface (71') scored for Union Saint-Gilloise.

The numbers tell their own story, and Malmö have been scored against in 5 of their last 6 matches, seeing opposing sides hit 10 goals in total. Defensively, Malmö FF have some weaknesses to address.

Taking a look at their past results, Malmö FF:

An inspection of past results between these clubs stretching back to 25/09/2016 tells us that these fixtures have been miserable for Helsingborgs IF. They’ve not been able to register any victories whatsoever while Malmö have been the better of the two, finishing as winners in 100% of those matches played.

15 goals were produced between them in this period, with 2 of them from Di Röe and 13 coming from Himmelsblått. That is an average goals per game value of 2.5.

The previous league meeting featuring the two was Allsvenskan match day 11 on 27/06/2022 when the final score was Malmö FF 2-1 Helsingborgs IF.

In that match, Malmö FF managed 73% possession and 18 shots on goal with 7 on target. The goals were scored by Isaac Kiese Thelin (24') and Patriot Sejdiu (91').

At the other end, Helsingborgs IF got 10 attempts at goal with 3 on target. Dennis Olsson (37') was the scorer.

Almost everyone can be considered, as there’s just the lone fitness concern for the Helsingborgs IF gaffer Matthias Lindström to be concerned with from an otherwise complete group of players. Brandur Hendriksson (Knee Injury) misses out.

In this game, Helsingborgs IF certainly have the ability to breach the defence of this Malmö FF side, but one goal probably won’t be as many as they will have scored against them.

Therefore, we think that it’s going to be a very close game with a 1-2 advantage for Malmö FF at full-time. Should be an interesting one. 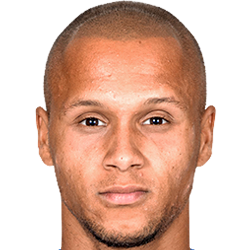 Customarily played in the Striker position, Anthony van den Hurk was born in Veghel, Netherlands. Having made his senior debut playing for Den Bosch in the 2012 - 2013 season, the talented Forward has hit 3 league goals in the Allsvenskan 2022 season so far from a total of 14 appearances.

We have made these Helsingborgs IF v Malmö FF predictions for this match preview with the best intentions, but no profits are guaranteed. Please always gamble responsibly, only with money that you can afford to lose. Good luck!