The Bundesliga 1 game at Olympiastadion Berlin on Sunday will see home team Hertha Berlin up against RB Leipzig.

All Hertha Berlin v RB Leipzig match predictions, user poll and stats are shown below - as well as up-to-date odds.

Hertha Berlin prepare for this match following on from a 1-1 Bundesliga 1 drawn match versus Stuttgart.

It’s not been often in recent times where Hertha Berlin haven’t conceded. The reality is that Hertha have been scored against in 5 of their previous 6 matches, leaking 12 goals during that time. That pattern won’t necessarily follow through here, however.

Looking at their past form shows that Hertha Berlin:

Following on from a loss in their previous game against Liverpool in Champions League action, RB Leipzig and their travelling supporters will be hoping that they can get a better result in this one.

In that match, RB Leipzig managed 47% possession and 12 attempts at goal with 2 of them on target. At the other end, Liverpool had 10 attempts on goal with 3 on target. Mohamed Salah (53') and Sadio Mané (58') scored for Liverpool.

During their 6 most recent matches, Julian Nagelsmann's RB Leipzig have seen their goal attempts be successful a total of 12 times, giving them a goals scored per game average of 2.

Looking over past results between these clubs going back to 12/05/2018 reveals that these encounters have been pretty painful for Hertha Berlin. They have not been able to register any victories at all whereas RB Leipzig have been superior, getting wins in 83% of those match-ups.

The previous league meeting between these sides was Bundesliga 1 match day 5 on 24/10/2020 which finished with the scoreline of RB Leipzig 2-1 Hertha Berlin.

That day, RB Leipzig had 68% possession and 26 attempts at goal with 8 of them on target. The goalscorers were Dayot Upamecano (11') and Marcel Sabitzer (77').

Hertha Berlin got 9 shots on goal with 2 of them on target. Jhon Córdoba (8') scored.

RB Leipzig manager Julian Nagelsmann has a number of players out of action. Konrad Laimer (Ankle fracture), Dominik Szoboszlai (Adductor problems) and Emil Forsberg (Knee Injury) will miss out on this game.

In our opinion, Hertha Berlin will likely create enough chances to get a goal against this RB Leipzig outfit, but one goal likely won’t be enough to avoid a loss.

We therefore reckon that it will be a 1-2 winning margin for RB Leipzig at the end of the 90 minutes. We’ll have to see what happens. 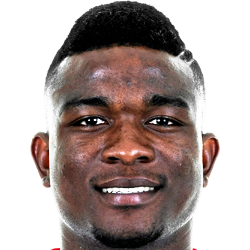 Generally playing in the Striker position, Jhon Córdoba was born in Cali, Colombia. Having made his senior debut playing for in the 2012 - 2013 season, the gifted Forward has bagged 5 league goals in the Bundesliga 1 2020 - 2021 campaign so far in a total of 12 appearances.

We have made these Hertha Berlin v RB Leipzig predictions for this match preview with the best intentions, but no profits are guaranteed. Please always gamble responsibly, only with money that you can afford to lose. Best of luck.