Union Berlin arrive at Olympiastadion Berlin on Saturday for the Bundesliga 1 meeting with hosts Hertha Berlin.

Our tips, poll and stats for Hertha Berlin v Union Berlin can all be found here - as well as the best betting odds.

Hertha Berlin won’t want a repeat of their last result here after a 0-5 Bundesliga 1 defeat last time out to VfL Wolfsburg.

Heading into this fixture, Hertha Berlin have left without a victory over Union Berlin in their last 4 matches in the league.

Union Berlin go into this match following on from a 1-2 Bundesliga 1 win vs Werder Bremen in their last fixture.

In that game, Union Berlin had 42% possession and 9 shots on goal with 5 on target. For Union Berlin, the goals were scored by Janik Haberer (17') and Kevin Behrens (46'). At the other end, Werder Bremen had 9 attempts at goal with 4 on target. Amos Pieper (13') was the scorer for Werder Bremen.

The numbers tell their own story, and Union Berlin have been scored against in 5 of their last 6 matches, seeing opposing sides hit 13 goals overall. At the back, Union Berlin could really do with shoring things up.

A look at their most recent head to head meetings stretching back to 04/12/2020 tells us that Hertha Berlin have won 1 of these and Union Berlin 4, with the number of drawn matches standing at 1.

The last league fixture featuring these clubs was Bundesliga 1 match day 1 on 06/08/2022 which finished with the scoreline of Union Berlin 3-1 Hertha Berlin.

Hertha Berlin got 7 attempts at goal with 3 of them on target. Dodi Lukébakio (85') scored.

Due to a mostly full-strength group of players, there’s just the one fitness worry for the Union Berlin boss Urs Fischer to be concerned about. Morten Thorsby (Surgery) won’t be in action.

We think that Hertha Berlin might have a difficult job to breach the defence of this Union Berlin side who we think should end up scoring and staying ahead.

We therefore fancy a narrow 0-1 winning margin for Union Berlin at the end of the match. 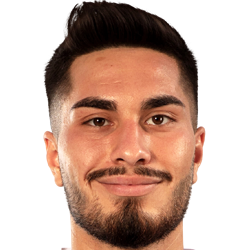 Mostly deployed in the Centre Midfield position, Suat Serdar was born in Germany. Having played his first senior match for in the 2015 - 2016 season, the gifted Midfielder has netted 4 league goals in the Bundesliga 2022 - 2023 campaign to date coming from a total of 15 appearances.

While we have made these predictions for Hertha Berlin v Union Berlin for this match preview with the best of intentions, no profits are guaranteed. Always gamble responsibly, and with what you can afford to lose. Good luck if you do place a bet today.