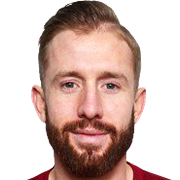 Usually playing in the Striker position, Kevin van Veen was born in Eindhoven, Netherlands. Having made his senior debut playing for Helmond Sport in the 2010 - 2011 season, the dangerous Forward has scored 7 league goals in this Premiership 2021 - 2022 season so far from a total of 26 appearances.