Hradec Králové will be the visitors at Doosan Aréna on Saturday for the First League clash with hosts Viktoria Plzeň.

To see all of our predictions, user poll & stats for Viktoria Plzeň v Hradec Králové, scroll down - plus the latest betting odds.

Viktoria Plzeň head into this match after a 1-1 First League drawn match against Pardubice.

The only name on the scoresheet from Viktoria Plzeň was Milan Havel (76'). Pavel Černý (56') scored for Pardubice.

Fixtures with Viktoria Plzeň have usually been entertaining encounters of late with high scoring the rule rather than the exception. Over their past half dozen clashes, a total of 20 goals have gone in for both teams combined (at an average of 3.33 goals per game) with 10 of these coming from Viktoria Plzeň. Nonetheless, it remains to be seen if that trend will be replicated in this next match.

Heading into this contest, Viktoria Plzeň haven't been beaten in the league by Hradec Králové in their previous 3 games.

Since a loss in their previous game against FC Slovácko in First League action, Hradec Králové will be hoping to turn things around here.

The only name on the scoresheet from Hradec Králové was Matěj Ryneš (27'). Marek Havlík (52') and Ondřej Mihálik (69') scored for FC Slovácko.

Looking at their form, and Hradec Králové have been scored against in 5 of their last 6 games, seeing their opponents hit 9 goals in all. In defence, Hradec Králové could really do with shoring things up.

Checking on their past head-to-head meetings dating back to 02/10/2016 shows that Viktoria Plzeň have won 5 of these games and Hradec Králové 1, with the tally of draws being 0.

In all, 13 goals were produced between them in these games, with 10 from Viktorka and 3 being from Votroci. That is an average goals per game value of 2.17.

The Viktoria Plzeň manager Michal Bílek will be thankful to have no fitness worries to speak of before this match with a completely healthy squad available to choose from.

Thanks to a fully injury-free squad available to select from, the Hradec Králové manager Miroslav Koubek has zero fitness worries whatsoever ahead of this game.

Our assessment is that Viktoria Plzeň will more than likely get the goals that they need when they come up against Hradec Králové, who won’t find it easy scoring a goal of their own.

Our tip is for a fairly comfortable 2-0 win for Viktoria Plzeň at the conclusion of the game. 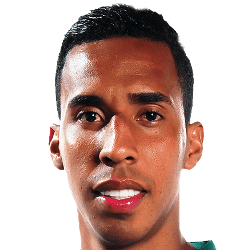 Typically taking to the field in the Left Wing position, Jhon Mosquera was born in Cali , Colombia. Having played his first senior match for Bohemians 1905 in the 2014 - 2015 season, the accomplished Forward has scored 6 league goals in this First League 2022 - 2023 campaign so far in 15 appearances.

We have made these Viktoria Plzeň v Hradec Králové predictions for this match preview with the best intentions, but no profits are guaranteed. Please always gamble responsibly, only with money that you can afford to lose. Best of luck.