Return to this page a few days before the scheduled game when this expired prediction will be updated with our full preview and tips for the next match between these teams.
Full-Time Result Prediction
👉
IK Brage to Win

IFK Värnamo will be visiting Domnarvsvallen on Saturday for the Superettan meeting with home team IK Brage.

Scroll down to see all of the predictions, poll and statistics for IK Brage v IFK Värnamo (inc. the best betting odds).

IK Brage will want to continue from where they left off last time out with the 2-0 Superettan success versus Akropolis IF.

Over their prior 6 fixtures, Klebér Saarenpää's IK Brage have seen rewards for their attempts on goal 10 times, with that being an average number of goals per match of 1.67.

Their past results show that IK Brage:

IFK Värnamo come into this encounter following a 3-1 Superettan win against Helsingborgs IF in their most recent fixture.

Over the course of their previous six clashes, IFK Värnamo have bagged a tally of 14 goals. IFK Värnamo have also managed to score on each one of those occasions. During those fixtures, they have seen 7 goals go against them. That sort of trend won’t necessarily be carried forward into this next game, of course.

Going into this one, IFK Värnamo are undefeated in their previous 4 away league matches.

An examination of their most recent head-to-head clashes going back to 23/07/2012 tells us that IK Brage have won 1 of these games & IFK Värnamo 3, with the tally of draws standing at 2.

A sum of 14 goals were shared by the two clubs throughout the course of those matches, with 6 of them for IK Brage and 8 belonging to Värnamo. The average number of goals per game works out to 2.33.

The last league contest between the two was Superettan match day 3 on 24/04/2021 when the final score was IFK Värnamo 1-0 IK Brage.

The referee was Andreas Jönsson.

The IK Brage boss Klebér Saarenpää has no fitness worries to speak of coming into this match owing to a completely healthy squad available to choose from.

Due to a fully injury-free group available for selection, the IFK Värnamo boss Robin Asterhed doesn’t have any fitness concerns to report ahead of this game.

In our opinion, IFK Värnamo might need a bit of good fortune to score goals against this IK Brage side who we think should win and very possibly keep a clean sheet.

With that in mind, we reckon that it will be a highly competitive game with a 1-0 advantage for IK Brage when the full-time whistle blows. 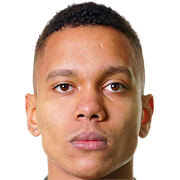 Normally taking to the field in the Centre Midfield position, Seth Hellberg was born in Sweden. Having made his senior debut playing for IF Brommapojkarna in the 2014 season, the skilful Midfielder has scored 2 league goals in the Superettan 2021 season so far in a total of 17 appearances.

While we have made these predictions for IK Brage v IFK Värnamo for this match preview with the best of intentions, no profits are guaranteed. Always gamble responsibly, and with what you can afford to lose. Best of luck.