Return to this page a few days before the scheduled game when this expired prediction will be updated with our full preview and tips for the next match between these teams.
Full-Time Result Prediction
👉
Inter Miami to Win

We’re counting down to MLS action scheduled for Sunday as Inter Miami will be taking on Minnesota United.

Our Inter Miami v Minnesota United tips, poll and stats can be seen in full below - plus the latest match odds.

Inter Miami won’t want a repeat of their last result here after the 2-0 MLS defeat in their last game at the hands of Atlanta United.

In that match, Inter Miami had 40% possession and 12 shots at goal with 3 of them on target. At the other end, Atlanta United got 18 attempts on goal with 8 on target. Luiz Araújo (4') and Josef Martínez (61') scored for Atlanta United.

Over their last 6 fixtures, Phil Neville's Inter Miami have celebrated scoring a combined total of 7 times resulting in an average number of goals per match equal to 1.17.

Following on from a loss in their previous game against New Eng. Revolution in MLS competition, Minnesota United will be aiming to make amends here.

Regarding absentees, there’s just the lone fitness concern for the Inter Miami gaffer Phil Neville to be concerned with due to a largely intact group of players. Ian Fray (Cruciate Ligament Injury) is out of contention.

We are thinking that The Herons could kick off with a 4-2-3-1 system for this one, handing starts to Drake Callender, DeAndre Yedlin, Damion Lowe, Aimé Mabika, Christopher Mcvey, Robert Taylor, Victor Ulloa, Indiana Vassilev, Bryce Duke, Ariel Lassiter and Leonardo Campana.

We’re of the opinion that Minnesota United will need to apply a lot of pressure to hit the back of the net against this Inter Miami lineup who will likely get the win and a maybe even keep a clean sheet as well.

We therefore fancy a hard-fought 1-0 winning margin for Inter Miami at the end of the match. 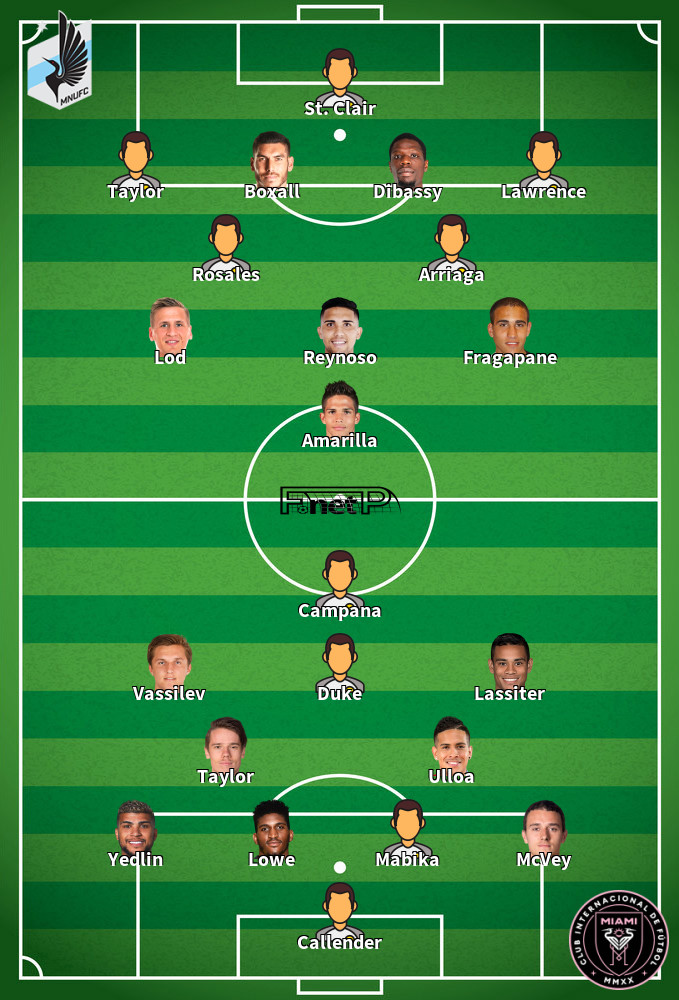 We have made these Inter Miami v Minnesota United predictions for this match preview with the best intentions, but no profits are guaranteed. Please always gamble responsibly, only with money that you can afford to lose. Best of luck with your selections.