Queen Of The South vs Inverness C.T. Live Stream, Predictions

Inverness C.T. will be the visitors at Palmerston Park on Saturday for the Championship clash with hosts Queen Of The South.

All Queen Of The South v Inverness C.T. match predictions, user poll and stats are shown below - as well as up-to-date odds.

Queen Of The South
WWLLWL

Queen Of The South will be wanting a better result here after the 1-3 Scottish Cup defeat last time out to Hibernian.

The Doonhamers have been finding it hard to keep clean sheets of late, but they have also managed to hit the back of the net themselves. Looking at their last 6 games, The Doonhamers have conceded in 5 of them while also getting on the scoresheet in 6 of those games. Even so, we will just have to wait and see whether such a trend will be sustained in this next match or not.

Inverness C.T. go into this encounter following on from a 1-4 Championship win with the eclipse of Greenock Morton in their last outing.

A succession of dependable displays by the Inverness C.T. defensive players has seen their ‘goals against’ tally amounting to 2 from their previous 6 fixtures in total. In that period, their forwards have scored 10.

Coming into this contest, Inverness C.T. have not lost to Queen Of The South when having played them away from home in the previous 8 league games. It doesn't get much better than that.

Looking at their most recent head-to-head clashes stretching back to 09/03/2019 shows us that Queen Of The South have won 1 of them and Inverness C.T. 5, with the tally of drawn games being 0.

In all, 14 goals were produced between them in these games, with 2 of them from The Doonhamers and 12 belonging to Caley Thistle. That’s an average goals per game figure of 2.33.

The last league contest featuring the two was Championship match day 12 on 17/02/2021 and the score finished Inverness C.T. 0-1 Queen Of The South.

The match was refereed by David Lowe.

Queen Of The South boss Allan Johnston has no fitness concerns to speak of ahead of this game owing to a completely healthy squad to pick from.

Owing to a completely healthy squad to choose from, Inverness C.T. manager Neil McCann has no fitness concerns at all coming into this clash.

We’re of the view that Inverness C.T. and Queen Of The South could both end up scoring in a what should be a good tussle with little between the two teams.

We’ll see, but this looks like it could end up all-square. We therefore see a hard-fought 1-1 scoreline at the end of the match. 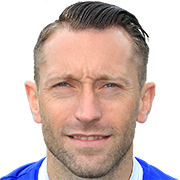 Mostly used in the Striker position, Stephen Dobbie was born in Glasgow, Scotland. Having played his first senior match for Northern Spirit in the 2001 - 2002 season, the dangerous Forward has scored 3 league goals in this Championship 2020 - 2021 season to date in a total of 14 appearances.

We have made these Queen Of The South v Inverness C.T. predictions for this match preview with the best intentions, but no profits are guaranteed. Please always gamble responsibly, only with money that you can afford to lose. Good luck if you do place a bet today.