Our full set of predictions, statistics and match poll for Rochdale v Ipswich Town can be seen below - plus the latest match odds.

Rochdale will be looking for an improved result here following a 2-1 League One loss in their previous game against Portsmouth.

The only scorer from Rochdale was Jake Beesley (90'). Ryan Williams (5') and Ronan Curtis (37') scored for Portsmouth.

It’s not been often in recent times that Rochdale have shown defensive steel. It will be a concern for them that The Dale have been scored against in 6 of their previous 6 matches, shipping 12 goals on the way. That kind of trend isn’t assured to be carried forward here, though.

Ahead of this clash, Rochdale have not won at home in their last 16 matches in the league. So depressing.

Ipswich Town will come into the meeting after a 2-1 League One win over Bristol Rovers in their previous fixture.

The only name on the scoresheet from Ipswich Town was Alan Judge (11'). Luke Leahy (1' Own goal) and Luke McCormick (18') scored for Bristol Rovers.

Paul Cook's Ipswich Town have fired home 5 times throughout their most recent sextet of matches. The total of goals that have been scored against them during that same period adds up to 6.

Heading into this fixture, Ipswich Town haven’t won away from home in the past 4 matches in the league.

The last league meeting featuring these sides was League One match day 3 on 26/09/2020 when the final score was Ipswich Town 2-0 Rochdale.

Rochdale boss Brian Barry-Murphy doesn’t have any fitness concerns whatsoever before this clash thanks to a fully injury-free group to pick from.

Our feeling is that Rochdale will need to apply a lot of pressure to be putting a goal past this Ipswich Town lineup who we think might end up scoring and possibly keep a clean sheet as well.

Therefore, we predict a good tussle with a 0-1 advantage for Ipswich Town at the end of the 90 minutes. 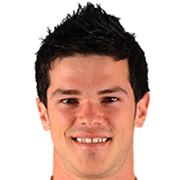 Mostly used in the Central Attacking Midfielder position, Jimmy Keohane was born in Aylesbury, England. After making a first senior appearance for Exeter City in the 2011 - 2012 season, the accomplished Midfielder has scored a sum of 6 league goals in the League One 2020 - 2021 season to date in 34 appearances.

We have made these Rochdale v Ipswich Town predictions for this match preview with the best intentions, but no profits are guaranteed. Please always gamble responsibly, only with money that you can afford to lose. Good luck with your selections.