The League One fixture at Stadium of Light on Saturday will see hosts Sunderland locking horns with Ipswich Town.

Full predictions, pre-match stats and user poll for Sunderland v Ipswich Town are shown on this page - as well as the best betting odds.

Sunderland enter this game after a 1-1 EFL Trophy drawn game versus Bradford City.

Lee Johnson's Sunderland have seen rewards for their attempts on goal a sum total of 6 times over their past 6 outings. The comparative tally of goals that have been scored against them in those same games amounts to 10.

Heading into this fixture, Sunderland have not lost a league tie with Ipswich Town in their previous 4 matches.

In the game prior to this, Ipswich Town drew 0-0 in the League One match with Oxford United.

A succession of outstanding showings from the Ipswich Town defence has resulted in the number of goals they’ve conceded amounting to 4 from their last 6 fixtures overall. During the same period, their forwards have scored 11.

Heading into this contest, Ipswich Town have not registered a win against Sunderland when having played them away from home in the previous 2 league matches.

A look at their most recent head-to-head meetings stretching back to 26/09/2017 shows us that Sunderland have won 3 of these and Ipswich Town 2, with the number of draws standing at 1.

In all, 16 goals were scored between the two sides in this period, with 7 for The Black Cats and 9 for The Tractor Boys. The average goals per game has been 2.67.

The previous league match featuring the two was League One match day 26 on 26/01/2021 which finished with the scoreline of Ipswich Town 0-1 Sunderland.

The Sunderland manager Lee Johnson will be grateful not to have any fitness concerns whatsoever ahead of this match with a completely healthy group to pick from.

Due to a completely healthy group ready to go, the Ipswich Town manager Paul Cook has no fitness worries to speak of before this clash.

In this match, Ipswich Town would be disappointed if they were not to score a goal against this Sunderland team, however it realistically won’t be as many as they will have scored against them.

We reckon that it will be a narrow 2-1 winning margin for Sunderland at the end of this one. Let’s wait and see how it plays out. 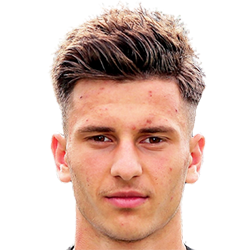 Usually taking to the field in the Striker position, Leon Dajaku was born in Waiblingen, Germany. After having played his first senior match for Stuttgart in the 2018 - 2019 season, the skilful Forward has scored a sum of 2 league goals in the League One 2021 - 2022 season to date in 6 appearances.

We have made these Sunderland v Ipswich Town predictions for this match preview with the best intentions, but no profits are guaranteed. Please always gamble responsibly, only with money that you can afford to lose. Good luck with your selections.