All MVV v Jong Ajax game predictions, stats and user poll are shown below including the latest game odds.

MVV will be hoping for a better result after the 5-0 Eerste Divisie defeat last time out to FC Eindhoven.

It’s been a rare occasion in recent games that MVV have shown defensive steel. It will be a concern for them that MVV have seen their defence breached in 6 of their previous 6 clashes, giving up 13 goals in the process.

Jong Ajax will go into the encounter following on from a 3-1 Eerste Divisie win in the defeat of NAC Breda in their last fixture.

The stats don’t lie, and Jong Ajax have been scored against in 5 of their last 6 games, with opponents netting 8 goals overall. In defence, Jong Ajax just haven’t been too solid at all. Still, we will just have to wait and see whether that pattern might be replicated in this upcoming game or not.

Going into this one, Jong Ajax haven’t won away from home in the past 11 league matches. Who knows how long it might last, too.

An examination of their most recent head to head meetings dating back to 22/04/2019 shows us that MVV have won 2 of these and Jong Ajax 4, with the number of drawn matches standing at 0.

The previous league encounter between these clubs was Eerste Divisie match day 37 on 29/04/2022 which ended up with the score at MVV 1-0 Jong Ajax.

In that game, MVV managed 29% possession and 11 attempts at goal with 4 of them on target. Their only player to score was Mitchy Ntelo (39').

On the other side, Jong Ajax got 15 shots at goal with 5 of them on target.

The referee was Robin Vereijken.

Nearly everyone is up for selection, with just the lone fitness concern for the MVV boss Maurice Verberne to be concerned with from an otherwise fully-primed group of players. Clint Essers (Torn Knee Ligament) misses out.

With a completely injury-free squad available to select from, the Jong Ajax boss John Heitinga has zero fitness concerns to report coming into this game.

Looking at these two teams, we feel that Jong Ajax are likely to dominate on the ball and be rewarded with decent chances.

However, MVV might well find it a difficult task scoring goals but we do think that it’s more than likely that they will be pulling one back during this clash.

We therefore think that it’s going to be a comfortable 1-3 win for Jong Ajax at the end of the match. 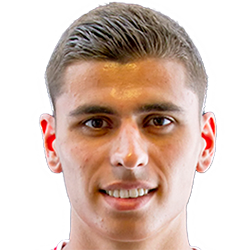 Regularly used in the Striker position, Koen Kostons was born in Genk, Belgium. After having played his first senior match for MVV in the 2017 - 2018 season, the talented Forward has managed 2 league goals in this Eerste Divisie 2022 - 2023 season to date from a total of 6 appearances.

While we have made these predictions for MVV v Jong Ajax for this match preview with the best of intentions, no profits are guaranteed. Always gamble responsibly, and with what you can afford to lose. We wish you the best of luck.