Return to this page a few days before the scheduled game when this expired prediction will be updated with our full preview and tips for the next match between these teams.
Full-Time Result Prediction for Jong PSV vs Excelsior
Excelsior to Win
Jong PSV will do battle with visitors Excelsior at De Herdgang in the Eerste Divisie fixture on Monday.

We feel that in this game, Jong PSV have the capability to score a goal against this Excelsior lineup, but one goal probably won’t quite be good enough. Therefore, we think that it’s going to be a tight encounter finishing with a 1-2 winning margin for Excelsior when the full-time whistle blows. Looking forward to this. All Jong PSV v Excelsior match predictions, user poll and stats are shown below - plus the latest betting odds.

Going into this contest, Jong PSV are without a win at home for the past 5 league matches. Things will have to change soon. 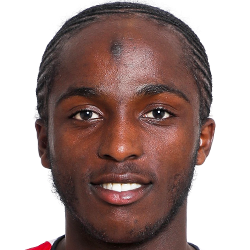 Mostly playing in the Right Wing position, Sekou Sidibe was born in Abobo, Ivory Coast. Having played his first senior match for Jong PSV in the 2019 - 2020 season, the talented Forward has managed 5 league goals in the Eerste Divisie 2019 - 2020 season to date coming from a total of 18 appearances.

While we have made these predictions for Jong PSV v Excelsior for this match preview with the best of intentions, no profits are guaranteed. Always gamble responsibly, and with what you can afford to lose. Good luck!