The Juventus v Sampdoria live stream video is set to be broadcast on 17/01/2022. Fans of both clubs can watch the fixture on a live streaming service should the game be included in the schedule referenced above. Here we show helpful information for watching this Coppa Italia match including the most recent team form, head to head meetings and our game views.

To view the game using other sources, check television schedules relating to your place of residence. Such broadcasting deals are usually allocated on a per-competition/league or even per-match basis. For matches shown live on regional tv programmes, check the listings on channels such as BT Sport, Amazon Prime Video, Sky Sports, Now TV, iTV, Canal+, Fox Soccer, ESPN relevant to where you are.

When the abovementioned broadcaster does broadcast a Juventus v Sampdoria soccer live streaming service, you can see the game on mobile devices (iPhone, Android including Samsung Galaxy) and computer or tablet (eg iPad, Huawei MatePad).

After the match finishes, we may also link to match highlights from time to time. We are not responsible for the transmission of any match video content linked to from here. All legal complaints must be done by contacting the hosters/owners of the content.

This Coppa Italia match on Tuesday will see Juventus prepare for the clash against Sampdoria.

Our tips, poll and stats for Juventus v Sampdoria can all be found here - plus the latest match odds.

Juventus, who won their previous game, will hope for a similar result following a 2-0 Serie A victory over Udinese.

Juventus haven’t been able to stop scoring goals, netting in one hundred percent of their last 6 games.

They have claimed a sum of 12 during that time while also conceding a total of 6.

Following on from a loss in their previous game against Torino in Serie A action, Sampdoria and their travelling fans will hope for a better result here.

In that game, Sampdoria managed 37% possession and 11 shots on goal with 3 on target. The scorer for Sampdoria was Francesco Caputo (18'). Torino got 20 attempts on goal with 12 on target. Wilfried Singo (27') and Dennis Praet (67') scored for Torino.

Sampdoria have attacked well in their most recent fixtures, scoring 6 times in their previous 6 matches. While their manager Roberto D'Aversa will no doubt take that as a positive sign, Sampdoria can also improve defensively after being scored against in 6 of those same games. While that may be of interest, we will just have to wait and see whether that pattern will be replicated in this match.

An examination of their prior head to head clashes stretching back to 26/05/2019 tells us that Juventus have won 5 of them and Sampdoria 1, with the number of draws standing at 0.

In all, 17 goals were scored between them in these games, with 12 of them for Juve and 5 netted by i Blucerchiati. That’s an average goals per game of 2.83.

The previous league encounter between these sides was Serie A match day 6 on 26/09/2021 when the final score was Juventus 3-2 Sampdoria.

The referee was Giovanni Ayroldi.

We’re of the opinion that Sampdoria will likely create enough chances to find the net against this Juventus lineup, but that probably won’t be enough to avoid a loss.

We’re going for a 2-1 advantage for Juventus when all is said and done. Should be a good one. 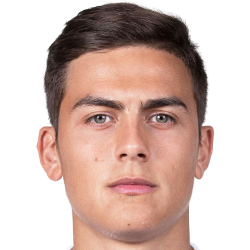 Mostly taking up the Striker position, Paulo Dybala was born in Laguna Larga, Argentina. After having played his first senior match for Instituto in the 2011 - 2012 season, the accomplished Forward has struck 6 league goals in the Serie A 2021 - 2022 campaign to date in 15 appearances.

We have made these Juventus v Sampdoria predictions for this match preview with the best intentions, but no profits are guaranteed. Please always gamble responsibly, only with money that you can afford to lose. Good luck if you do place a bet today.

⚽️ Where can I see the predictions for other Coppa Italia matches?

You can see all of the next (and previous) Coppa Italia predictions & previews here.