Return to this page a few days before the scheduled game when this expired prediction will be updated with our full preview and tips for the next match between these teams.
Full-Time Result Prediction
👉
Uruguay to Win

All Uruguay v Korea Republic match predictions, user poll and stats are shown below including the latest game odds.

Uruguay will want to continue from where they left off last time out with the 0-2 International Friendlies success versus Canada.

A recurring characteristic of more recent Uruguay games is the high number of scores with a nil in them.

From their prior 6 matches leading up to this one, in as many as 6 of them a bet on BTTS would have lost. That sort of pattern won’t necessarily be sustained into this game, though.

Korea Republic will come into the match following on from a 1-0 International Friendlies win over Iceland in their most recent fixture.

The only name on the scoresheet from Korea Republic was Min-kyu Song (33').

Our feeling is that Korea Republic would be disappointed if they were not to find the net against this Uruguay lineup, however that probably won’t quite be enough to avoid a loss.

We’re tipping a very close game with a 2-1 winning score for Uruguay by the conclusion of the game. There looks to be little in this one. 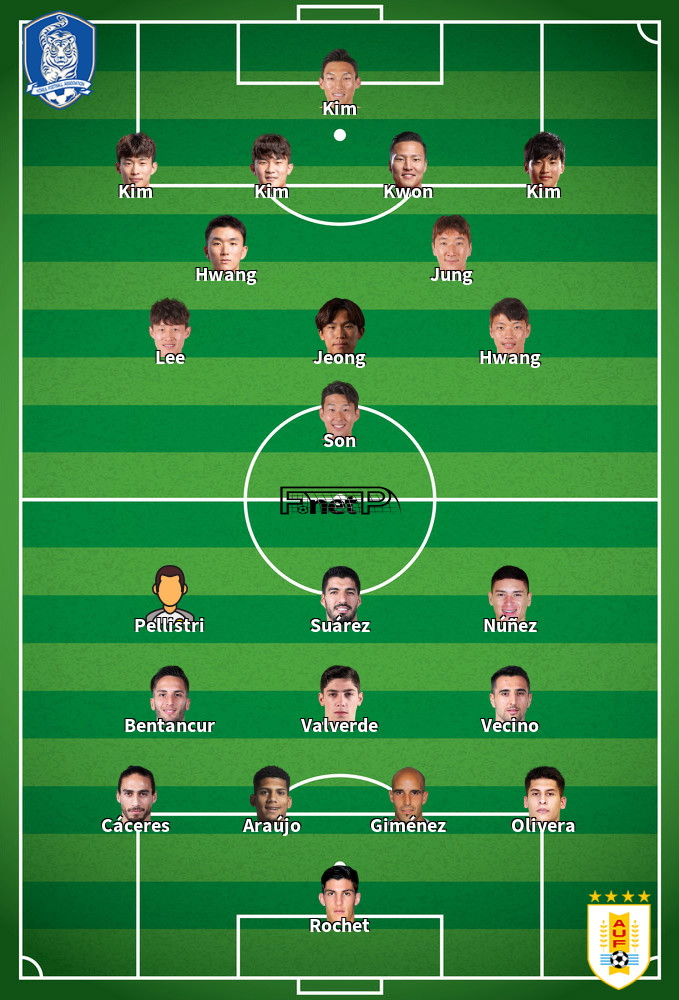 We have made these Uruguay v Korea Republic predictions for this match preview with the best intentions, but no profits are guaranteed. Please always gamble responsibly, only with money that you can afford to lose. We wish you the best of luck.