Genk arrive at Stade Le Canonnier on Saturday for the First Division A clash with home team Royal Excel Mouscron.

Scroll down for all of our predictions, poll and stats for the Royal Excel Mouscron v Genk game (plus the best game odds).

Royal Excel Mouscron will be looking to improve on their last outing here following the 1-0 First Division A defeat in their last game at the hands of SV Zulte Waregem.

Jelle Vossen (9') was the scorer for SV Zulte Waregem.

It has been all too rare in recent games where Royal Excel Mouscron haven’t conceded. It will be a concern for them that Mouscron have failed to prevent opponents from scoring in 5 of their previous 6 clashes, leaking 8 goals along the way.

Leading up to this clash, Royal Excel Mouscron:

After tasting defeat last time out to KV Kortrijk in First Division A action, Genk will be aiming to make amends here.

The stats don’t lie, and Genk have been scored against in 5 of their last 6 matches, seeing their opponents hit 7 goals in total. Defensively, Blauw-Wit seem to have a bit of a soft underbelly. In any event, time will tell if the trend shall persist here in this game.

Coming into this contest, KRC Genk haven't won against Royal Excel Mouscron in games played away from home for the previous 2 league games.

Inspecting their past head to head meetings going back to 03/02/2018 shows us that Royal Excel Mouscron have won 1 of these and Genk 3, with the number of drawn results being 2.

A sum of 16 goals were yielded between them in this period, with 6 of them for Mouscron and 10 coming from Blauw-Wit. This gives an average number of goals per game equal to 2.67.

The last league game between the two was First Division A match day 13 on 22/11/2020 which ended up with the score at KRC Genk 4-1 Royal Excel Mouscron.

Royal Excel Mouscron manager Jorge Simão has no fitness worries whatsoever before this game with a completely healthy group to choose from.

Owing to a completely healthy group ready to go, Genk boss John van den Brom does not have any fitness concerns whatsoever before this match.

Looking at these two teams, we feel that Royal Excel Mouscron will have to play well to register a score against this Genk side who we think should just have the edge.

With that in mind, we reckon that it will be a hard-fought 0-1 advantage for Genk when the full-time whistle blows. 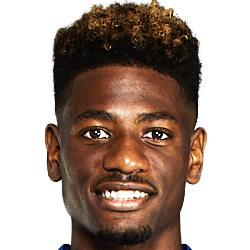 Regularly playing in the Striker position, Nuno Joia Da Costa was born in Praia, Cape Verde. After making a first senior appearance for Valenciennes FC in the 2015 - 2016 season, the goalscoring Forward has struck 5 league goals in the First Division A 2020 - 2021 campaign to date in 12 appearances.

While we have made these predictions for Royal Excel Mouscron v Genk for this match preview with the best of intentions, no profits are guaranteed. Always gamble responsibly, and with what you can afford to lose. Good luck!