Return to this page a few days before the scheduled game when this expired prediction will be updated with our full preview and tips for the next match between these teams.
Full-Time Result Prediction
👉
Sandefjord to Win

Kristiansund make the trip to Release Arena on Sunday for the Eliteserien clash with home team Sandefjord.

Sandefjord will be looking for a repeat result of the 0-1 Eliteserien victory versus ODD Grenland.

In that match, Sandefjord had 40% possession and 6 shots on goal with 2 on target. The only player to score for Sandefjord was Keanin Ayer (16'). For their opponents, ODD Grenland got 26 attempts at goal with 3 of them on target.

At least three goals per game have been seen in 5 of the last 6 fixtures where Sandefjord have played. Their opponents scored 13 times in this period while Sandefjord totted up 8. That aside, we must now wait to see whether that trend shall continue on in this upcoming match.

After a loss in their previous game against Molde FK in Eliteserien action, Kristiansund will be hoping to turn things around here.

In that match, Kristiansund had 39% possession and 13 attempts on goal with 3 on target. The only player on the scoresheet for Kristiansund was Bendik Bye (94'). Molde FK had 19 attempts at goal with 7 of them on target. Kristoffer Haugen (8') and Magnus Grødem (19') scored for Molde FK.

The numbers tell their own story, and Kristiansund have been scored against in 6 of their last 6 matches, conceding 13 goals overall. At the back, Kristiansund could really do with shoring things up.

Coming into this clash, Kristiansund haven’t won away from home in the past 6 matches in the league.

Inspecting their most recent head-to-head meetings going back to 15/04/2018 tells us that Sandefjord have won 1 of these games and Kristiansund 4, with the number of drawn matches standing at 1.

Those games weren’t short on goals, either, with 24 overall which averages out at 4 goals per meeting.

The last league fixture featuring these sides was Eliteserien match day 29 on 05/12/2021 when the final score was Sandefjord 3-2 Kristiansund.

In that game, Sandefjord had 49% possession and 14 attempts at goal with 5 of them on target. The goalscorers were Viðar Ari Jónsson (31'), Alexander Ruud Tveter (39') and Erik Brenden (45').

Kristiansund got 10 attempts at goal with 3 of them on target. Torgil Gjertsen (54') and Jesper Isaksen (78') scored.

It doesn’t get much better regarding selection, with just one fitness concern for the Sandefjord gaffer Hans Erik Ødegaard to be concerned with from of an almost fully healthy group of players. Sander Moen Foss (Cruciate Ligament Rupture) is out of contention.

With a fully healthy group to pick from, the Kristiansund manager Christian Michelsen does not have any fitness worries whatsoever ahead of this game.

We’ve got the feeling that Kristiansund will have to play well to breach the defence of this Sandefjord outfit who should score one, at least.

Therefore, we predict a highly competitive game with a 1-0 winning score for Sandefjord when the referee blows for full-time. 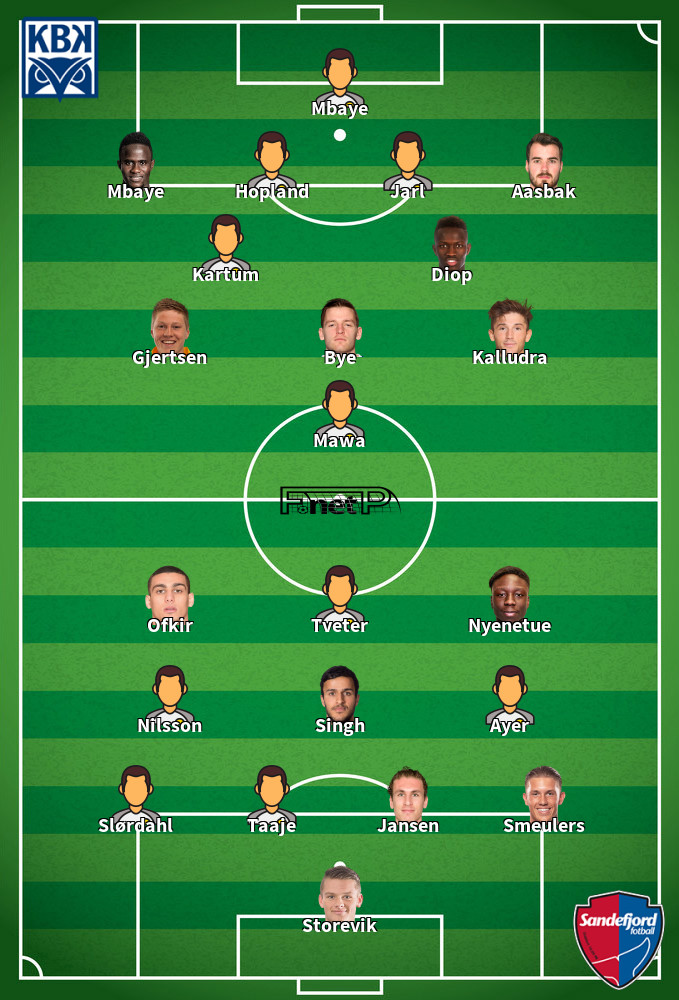 Regularly taking up the Striker position, Alexander Ruud Tveter was born in Lørenskog, Norway. After having made a senior debut playing for Fredrikstad FK in the 2011 season, the goalscoring Forward has struck 4 league goals in the Eliteserien 2022 campaign so far in a total of 7 appearances.

While we have made these predictions for Sandefjord v Kristiansund for this match preview with the best of intentions, no profits are guaranteed. Always gamble responsibly, and with what you can afford to lose. Best of luck with your selections.