All of our predictions, stats and the user poll for Stabæk v Kristiansund are shown below (including the best match odds).

Stabæk will be looking for an improved result here after a 4-1 Eliteserien defeat in their last game at the hands of Sarpsborg 08.

Stabæk have found it difficult to unlock defences in recent times. Their sum of goals stands at just 4 vs opposition teams over their previous 6 matches. In those games, Stabæk have also seen the number of goals that have gone against them come to 15.

Kristiansund come into this game after a 2-4 Eliteserien win with the eclipse of ODD Grenland in their most recent match.

Christian Michelsen's Kristiansund have slotted home 7 times in the course of their previous 6 matches. The overall goals that they have conceded during that period adds up to 11.

Coming into this meeting, Kristiansund are winless against Stabæk when they've played them away from home in the last 2 league games.

An examination of their most recent head-to-head clashes stretching back to 03/11/2018 tells us that Stabæk have won 3 of them & Kristiansund 2, with the tally of draws standing at 1.

A combined total of 17 goals were scored between them throughout the course of those matches, with 8 of them for De Blaa and 9 created by KBK. The average goals per game has been 2.83.

The previous league game featuring the two was Eliteserien match day 15 on 14/08/2021 and the score finished Kristiansund 5-1 Stabæk.

On the other side, Stabæk got 15 attempts at goal with 9 of them on target. Martin Høyland (28') scored.

The match was refereed by Kristoffer Hagenes.

The Stabæk manager Eirik Kjønø will be happy not to have any fitness worries at all ahead of this clash owing to a fully injury-free squad ready to go.

Thanks to a fully healthy squad to pick from, the Kristiansund manager Christian Michelsen has zero fitness worries to speak of ahead of this clash.

We believe that Stabæk may well find it hard to breach the defence of this Kristiansund lineup who should get a goal themselves and run out victorious.

Our tip is therefore for a very even contest with a 0-1 advantage for Kristiansund at the end of this one. 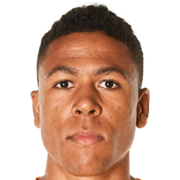 Mostly taking to the field in the Striker position, Mathis Bolly was born in Oslo, Norway. After having played his first senior match for Lillestrøm SK in the 2008 season, the gifted Forward has accumulated 3 league goals in the Eliteserien 2021 season so far in a total of 19 appearances.

We have made these Stabæk v Kristiansund predictions for this match preview with the best intentions, but no profits are guaranteed. Please always gamble responsibly, only with money that you can afford to lose. Good luck!