The Europa League Qualifiers meeting on Thursday will see KuPS fighting it out with Sūduva Marijampolė.

Our KuPS v Sūduva Marijampolė tips, poll and stats can be seen in full below - along with the latest match odds.

KuPS will be hoping for a repeat of their last result, following a 0-2 Veikkausliiga victory versus RoPS.

For KuPS, the goalscorers were Bismark Adjei-Boateng (33') and Saku Savolainen (40').

Their more recent scorelines shine a light on the fact that quality has been evident in the KuPS backline. Keltamusta have been stingy, with the tally of goals that have gone in at their end over the course of their last 6 games standing at 4. That kind of trend might not be continued into this next game, however.

After being beaten in their last game against Maccabi Tel Aviv in UCL Qualifiers competition, Sūduva Marijampolė will be aiming to make amends here.

The stats tell the story, and Sūduva Marijampolė have been scored against in 5 of their last 6 games, letting opponents get 10 goals in total. At the back, Suvalkiečiai have clearly had some problems.

KuPS manager Arne Erlandsen has zero fitness concerns whatsoever coming into this clash thanks to a completely healthy group available for selection.

Thanks to a fully injury-free squad available to select from, Sūduva Marijampolė boss Vladimir Cheburin does not have any fitness worries to speak of before this game.

We’ve got the feeling that KuPS will most probably fashion enough chances to find the net more than once while possibly not conceding against Sūduva Marijampolė, who could well struggle getting on the scoresheet.

We’re tipping a 2-0 margin for KuPS by the time that the referee blows the final whistle. 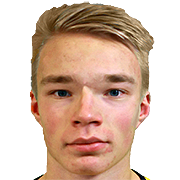 Generally deployed in the Left Attacking Midfielder position, Ilmari Niskanen was born in Finland. After making a first senior appearance for KuPS in the 2013 season, the dangerous Midfielder has contributed 6 league goals in the Veikkausliiga 2020 season so far in a total of 12 appearances.

While we have made these predictions for KuPS v Sūduva Marijampolė for this match preview with the best of intentions, no profits are guaranteed. Always gamble responsibly, and with what you can afford to lose. Good luck if you do place a bet today.