Larne head to Windsor Park on Tuesday for the Premiership meeting with hosts Linfield.

Our tips, poll and stats for Linfield v Larne can all be found here - along with the latest match odds.

Linfield are hoping to win again following a 0-2 Premiership success versus Ballymena United.

Over their past 6 fixtures, David Healy's Linfield have seen rewards for their attempts on goal a total of 11 times, with that being an average number of goals scored per match of 1.83.

Larne go into this encounter after a 2-1 Premiership win in the defeat of Dungannon Swifts in their previous game.

In a total of 6 out of the previous 6 clashes involving Larne, at least three goals have gone in. The overall average number of goals per game within that time is 4.5, with the number of goals averaged by Larne standing at 3.17.

Ahead of this clash, Larne haven't been defeated by Linfield in games played away from home for the previous 2 matches in the league.

If we look at their past head to head meetings stretching back to 25/10/2021, there is nothing to separate the two clubs with Linfield winning 2 of those games, Larne 2 and 2 being drawn in regulation time.

A total of 14 goals were scored between the two sides during those clashes, with 6 for The Blues and 8 netted by Larne. That’s an average goals per game figure of 2.33.

The last league game between these clubs was Premiership match day 12 on 22/10/2022 when the final score was Linfield 2-4 Larne.

The Linfield boss David Healy will be grateful not to have any fitness concerns at all before this match thanks to a fully healthy group to choose from.

Thanks to a completely injury-free squad to choose from, the Larne boss Tiernan Lynch doesn’t have any fitness worries to speak of coming into this game.

We feel that Larne and Linfield could end up without much reward for their efforts here.

A scoreless draw looks like a real possibility, but we’ll see what happens. Therefore, we predict a hard-fought 0-0 score by the conclusion of this game. 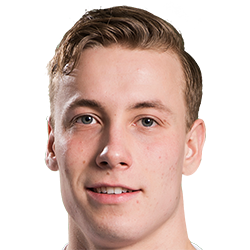 Typically deployed in the Striker position, Eetu Vertainen was born in Espoo, Finland. After having made a senior debut playing for HJK in the 2017 season, the skilful Forward has bagged 4 league goals in this Premiership 2022 - 2023 campaign to date in a total of 12 appearances.

While we have made these predictions for Linfield v Larne for this match preview with the best of intentions, no profits are guaranteed. Always gamble responsibly, and with what you can afford to lose.