This Warrenpoint Town v Larne live stream video is set for 25/01/2022. Soccer fans can watch the fixture on a live streaming service if this match is featured in the schedule provided above. Here we give helpful information for watching this Premiership match that includes the most recent team form, head to head clashes and our game tips.

To watch the match using alternative ways, look up broadcasters’ schedules relating to your place of residence. Such broadcasting rights are typically distributed on a per-competition/league or even individual fixture level. For fixtures shown live on regional tv programmes, check the schedules on channels including BT Sport, Amazon Prime Video, Sky Sports, Now TV, iTV, Canal+, Fox Soccer, ESPN that are relevant for your current location.

When the abovementioned broadcaster is showing Warrenpoint Town v Larne football live streaming service, you can see the game on your mobile (iPhone, Android including Huawei) and PC plus tablet (eg iPad, Huawei MatePad).

After the match finishes, we might also link to match highlights from time to time. We are not responsible for the transmission of any match video content linked to from this site. All legal issues must be directed to the hosters/owners of such content.

Warrenpoint Town will do battle with visiting opponents Larne at Milltown in this Premiership match on Tuesday.

For all of our match predictions, pre-game poll and statistics for Warrenpoint Town v Larne, scroll down including the latest game odds.

Warrenpoint Town will be wanting a better result here following the 1-0 Premiership defeat last time out to Ballymena United.

Leroy Millar (37') was the scorer for Ballymena United.

After being beaten in their last game against Cliftonville in Premiership action, Larne will be aiming to make amends here.

The stats don’t lie, and Larne have been scored against in 6 of their last 6 matches, conceding 8 goals overall. In defence, Larne could really do with shoring things up. That sort of trend won’t necessarily be carried forward into this game, of course.

Looking over their past head to head meetings stretching back to 22/02/2020 reveals that these fixtures have been a source of anguish for Warrenpoint Town. They have not been able to get any wins whatsoever while Larne have been the better of the two, beating them in 67 per cent of those ties.

A sum of 16 goals were produced between them in this period, with 2 for The Point and 14 belonging to Larne. The average goals per game has been 2.67.

The previous league clash featuring these sides was Premiership match day 17 on 04/12/2021 which finished with the scoreline of Larne 3-0 Warrenpoint Town.

The match was refereed by Chris Morrison.

The Warrenpoint Town manager Barry Gray will be happy not to have any fitness worries to speak of before this clash thanks to a completely healthy group available to select from.

Owing to a completely injury-free group ready to go, the Larne manager Tiernan Lynch has no fitness worries to report ahead of this match.

For this match, we think that Warrenpoint Town are dangerous enough to find the back of the net against this Larne side, but one goal probably shouldn’t be good enough.

We are therefore anticipating both teams to score in a 1-2 winning score for Larne when the referee blows the final whistle. It should be a decent one. 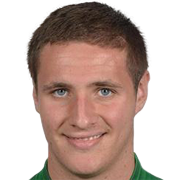 Typically deployed in the Striker position, Alan O'Sullivan was born in Rep. Ireland. After making a first senior appearance for Warrenpoint Town in the 2021 - 2022 season, the accomplished Forward has scored a sum of 3 league goals in this Premiership 2021 - 2022 season so far in a total of 19 appearances.

We have made these Warrenpoint Town v Larne predictions for this match preview with the best intentions, but no profits are guaranteed. Please always gamble responsibly, only with money that you can afford to lose. Best of luck with your selections.

⚽️ Where can I find the previews for other Premiership matches?

Look at all of our next (and previous) Premiership predictions & previews here.