This Lecce v Vicenza live stream video is ready to be broadcast on 23/01/2022. Soccer fans can watch this clash on a live streaming service if this match is featured in the schedule mentioned above. Here we show helpful information for watching this Serie B game that includes the most recent guide to form, head to head meetings and our match views.

To watch the match via alternative sources, search for television schedules for your place of residence. These broadcasting deals are generally distributed on a per-competition/league or even individual fixture basis. For matches shown live on regional tv programmes, check the listings on stations like BT Sport, Amazon Prime Video, Sky Sports, Now TV, iTV, Canal+, Fox Soccer, ESPN that are relevant for your location.

When the abovementioned broadcaster does broadcast a Lecce v Vicenza football live streaming service, you’ll be able to watch it on a mobile (iPhone, Android including Infinix) and computer or even tablet (eg iPad, Lenovo Tab).

After the match finishes, we may also provide a link to match highlights from time to time. We are not responsible for the transmission of any match video content linked to from here. All legal issues must be done by contacting the hosters/owners of this content.

Vicenza head to Stadio Via del Mare on Wednesday for the Serie B tie with home side Lecce.

Lecce will be hoping to bounce back here following the 3-1 Coppa Italia defeat in their last game at the hands of Roma.

In their past 6 games, Marco Baroni's Lecce have hit the target a combined total of 9 times which gives them an average number of goals scored per match of 1.5.

Their prior results show that Lecce:

Since tasting defeat last time out to Como in Serie B action, Vicenza and their travelling supporters will be hoping that they can get a better result in this one.

In that game, Vicenza had 62% possession and 29 attempts at goal with 6 of them on target. For their opponents, Como had 8 shots on goal with 3 on target. Luca Vignali (10') scored for Como.

Looking at their form, and Vicenza have been scored against in 5 of their last 6 games, seeing opposing sides hit 10 goals overall. In defence, Vicenza have clearly had some problems. That pattern might not follow through into this next game, however.

Going into this encounter, Vicenza are winless against Lecce in away games against them for the last 3 league matches.

Checking on past results between these clubs stretching back to 19/01/2008 tells us that these encounters have been pretty painful for Vicenza. They have not managed to register any wins at all while Lecce have been the better of the two, winning in 83 per cent of those matches.

A combined total of 12 goals were scored between them in this period, with 9 of them for Giallorossi and 3 netted by Biancorossi. This gives an average number of goals per game equal to 2.

On that occasion, Vicenza managed 55% possession and 15 shots at goal with 2 of them on target. Their only player to score was Lamin Jallow (62').

On the other side, Lecce got 15 attempts at goal with 6 of them on target. Stefano Pettinari (50') and Liam Henderson (67') scored.

There aren’t many personnel worries, with just one fitness concern for the Lecce manager Marco Baroni to contend with due to a largely intact squad. Fabio Pisacane (Cruciate Ligament Surgery) misses out.

Out of a mainly healthy group of players, there’s only the lone fitness problem for the Vicenza boss Cristian Brocchi to be concerned about. Luca Rigoni (Unknown Injury) won’t be playing here.

In this match, Vicenza will do really well to find the net against a Lecce side who certainly have the ability to score a lot of goals.

Our selection here is for a commanding 3-0 winning margin for Lecce after 90 minutes. 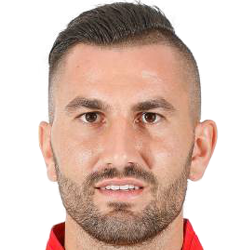 Mostly playing in the Striker position, Massimo Coda was born in Italy. After having made a senior debut playing for Parma in the 2014 - 2015 season, the accomplished Forward has managed 8 league goals in this Serie B 2021 - 2022 campaign so far coming from a total of 16 appearances.

While we have made these predictions for Lecce v Vicenza for this match preview with the best of intentions, no profits are guaranteed. Always gamble responsibly, and with what you can afford to lose. Good luck if you do place a bet today.

⚽️ Where can I find the predictions for other Serie B matches?